Le Pen proposes to change the name of the “National front”

Moscow. January 7. INTERFAX.RU — the leader of the French National front (NF) marine Le Pen called for a change in the party, including changing its name to the Congress of the NF, which will be held March 10-11. 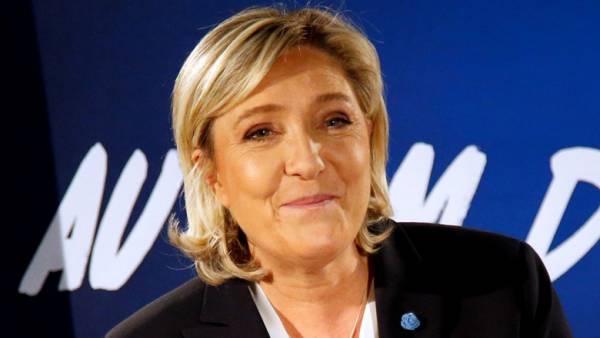 “If we change the “national front”, then you must also change the name”, — quotes its words a site of the newspaper “Figaro”.

This question, as well as the amendment of the Charter, according to the publication, will discuss Monday the political Bureau of the party headquarters in Nanterre NF.

The publication notes that in September 2017 M. Le Pen launched the idea proposed for all-party discussions. Although not all the votes have been counted, half of the already expressed opinions of 80% of party members opposed the name change, says the “Figaro” with reference to the channel RTL.

While M. Le Pen called the information “fake news”, the publication claims that her colleagues recognize that the voting results are formed obviously not in favor of its initiator.

Apart from the question of the name of the party, according to “Le Figaro”, in the agenda of the Politburo also organizational changes designed to lead to greater openness of the party and lay the Foundation for its further promotion to the role of the ruling power in the country.