TOKYO, 8 Jan — RIA Novosti. In South Korea voice has revealed problems with the health of North Korean leader Kim Jong-UN when he spoke on television new year’s address to the nation, said on Monday the Seoul media. 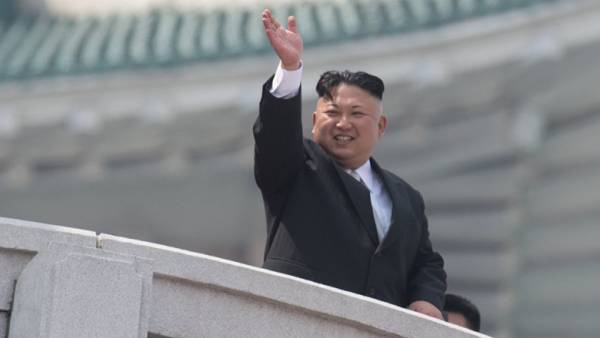 The newspaper “tone of Ilbo”, in particular, cites the opinion of Professor of the University of the province of chungcheongbuk-Do Cho Dong UK that Kim Jong-UN is not in order the kidneys.

Analyzing the vibration, the noise and the amplitude in the pronunciation of some consonants by the leader of the DPRK, the scientist claims that Kim Jong UN “are more likely to be problems with the kidneys, rather than the heart or lungs”.

“With the help of this analysis, it is impossible to judge about the functions of the internal organs of Chairman Kim, but on his new year’s speech you can understand what kidney function he is weaker than other bodies,” the newspaper quoted a South Korean Professor.

It is noteworthy that attention to the health of Kim Jong-UN appeared ahead of Tuesday’s Ministerial meeting of the DPRK and the Republic of Korea on improvement of relations and the possibilities of participation of North Korean athletes in the Olympics in Pyeongchang. In his new year speech of the young North Korean leader expressed willingness to negotiate with the South.

Seoul was closely followed by health and predecessors, Kim Jong-UN at the highest helm in North Korea. However, the voice of his father, Kim Jong-Il in the country, few people heard his words and guidance just retold.

Kim Jong-UN inherited power in North Korea after the death of Kim Jong-Il in December 2011, according to the established in this country the tradition that “the revolutionary leadership” should be passed from father to son to ensure the continuity of the political line.