MOSCOW, 7 Feb — RIA Novosti. The Patriarch of Moscow and all Russia Kirill congratulated the Russians on the coming holiday of Christmas, calling all believers to witness to the “reality of divine love in the world.” 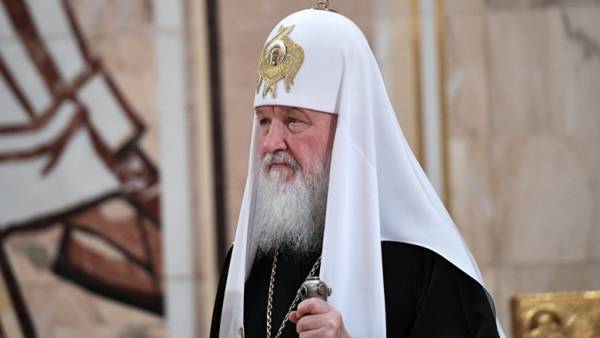 Christmas is one of the major religious holidays, during which I remember the Savior’s birth in Bethlehem over 2 thousand years ago. In his traditional Christmas televised address to Russians, Patriarch Kirill remarked that while “many generations been watching” the Messiah, who was to “go to the Earth to renew the life of mankind, but when God came, He missed all but scholars of the wise men and the simple shepherds”.

“Overlooked because I thought about God in their own way, human. And It turned out quite different. He waited as the terrible and noble King, and He was born from a humble, unknown virgin. He was waiting for a decisive social change, and He began to teach about the love of enemies. In the Messiah saw the source of the prosperity of the Jewish people, and He opened the doors to the Kingdom of heaven to every man,” said the Patriarch.

According to him, many people then “didn’t have enough faith and courage to recognize the incarnate son of God.” Jesus Christ, continued the Prelate, “revealed the most important truth — God is love,” and that “love is the key principle of the entire universe”, and “rejection — inevitable-destruction.”