In the United States, filed a lawsuit against the Weinstein and former Deputy Prosecutor for the pressure on the rape victim

NEW YORK, January 7. /TASS/. Former lawyer of the actress Paz de La Huerta filed a lawsuit against producer Harvey Weinstein and former Deputy district attorney, Bronx Michael Rubin, accusing them of conspiring to force his ex-client to abandon the idea to use the producer responsible for the rape. 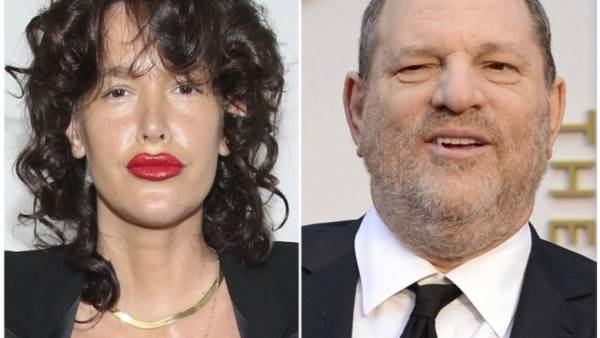 According to the Agency, the Filler from the law firm Tensor Law says that ruby lied to the actress, her posing as a lawyer specializing in the protection of the rights of victims of sexual violence.

In fact, former Deputy Prosecutor acted in the interest of the Weinstein resorting to “threats and extortion, completely at odds with the legitimate legal framework” of the United States, the Agency quotes a fragment Statute of the complaint.

The author accuses ruby in an attempt to get the results of the psychiatric evaluation de La Huerta to force the actress to withdraw the police charges.

AP got in touch with Rubin, who rejected the accusations in his address and linked them with the desire of the plaintiff to avenge the loss of a client. De La Huerta actually hired another lawyer, but the charges against Weinstein withdrew. “I never in my life met with Harvey Weinstein, argued Rubin. — I have never taken anything to disrupt the investigation.”

Paz de La Huerta claims that in 2010, Weinstein was twice raped her. Head of investigations new York police chief Robert Boyce said that all gathered in this case information is sent to the district attorney in Manhattan, the next step would be obtaining a warrant for the arrest of the producer who’s laid down on treatment in clinic of Arizona.

With allegations against famous American producer since the beginning of October has made about 50 women, including Actresses Angelina Jolie and Gwyneth Paltrow. The scandal has forced Weinstein to resign from the Board of Directors of his production company Weinstein Company. He was expelled from membership in the American Academy of arts awarded the prize “Oscar”, as well as from the producers Guild of America.

After the scandal with Weinstein in the United States began a series of accusations of harassment in the address of the known harassment. the accused, in particular, actors Kevin spacey and Dustin Hoffman, comedian Louis C. K., journalist Mark Halperin, former U.S. President George H. W. Bush, and many others.