In Stockholm, a man died, the victim of the explosion 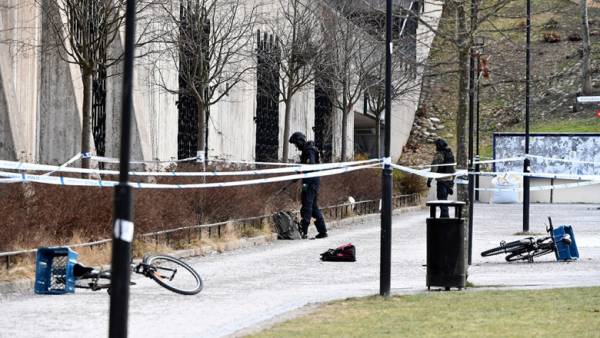 The man was urgently hospitalized immediately after the explosion of an unidentified object that at about 13:00 Moscow time he picked up near the station “Warby” in the area of Huddinge.

As reported earlier, the Swedish news Agency TT, citing a police along with a man in the place of the explosion was his 45-year-old companion.

“The woman injured face and legs, she was taken to hospital”, — said in a broadcast on Swedish television SVT police spokesman Sven-Erik Olsson.

The police also reported that they started a preliminary investigation on the murder and the crime against public safety.