Abe: vehicle Japanese fighter jets with cruise missiles it is necessary to protect the public

TOKYO, January 7. /TASS/. The decision to equip the fighters of air self-defense Forces of Japan with cruise missiles is due to the protection of the Japanese population. On this January 7, the public television NHK said Prime Minister Shinzo Abe. 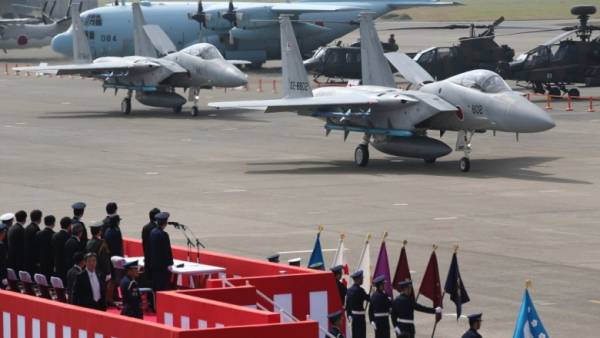 “To protect the population, we need to increase defense capabilities. And we will achieve the understanding of our people (on this issue),” — said the head of the Japanese government.

In December 2017 the Ministry of defense of Japan announced its intention to equip the fighters of the national air self-defense Force cruise missile of class “air — ground” long range. The necessary funds will be budgeted for the next fiscal year (starts 1 April 2018).

The head of the Japanese defense Agency, Itsunori of Onodera then said that the acquisition of missiles will not mean changes in the policies of Japan, which allows armed forces to have offensive weapons.

Now Japan has no weapons with which to attack the ground base on the territory of another state. The Japanese Constitution limits the ability of the defense Forces of the country, forbidding them to possess offensive weapons. However, the government of Japan, headed by Shinzo Abe has repeatedly voiced the position that a preemptive strike on the enemy base, carrier direct threat to the security of Japan could be construed as self-defense.