In Parliament explained why Poklonskaya Kiev retained the citizenship of Ukraine 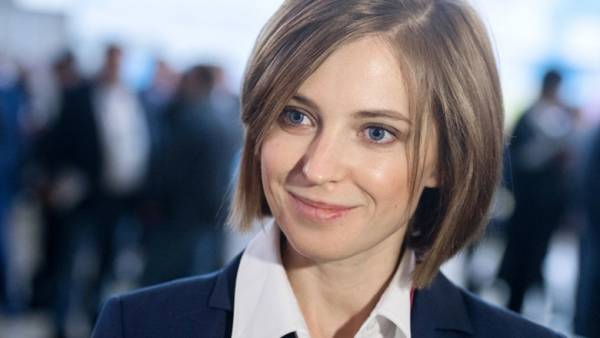 MOSCOW, 6 Jan — RIA Novosti. The state migration service of Ukraine did not revoke the citizenship of a former Prosecutor Natalia Polonskaya. This was announced by Verkhovna Rada Deputy Serhiy Leshchenko, the TV channel NewsOne.

According to the parliamentarian, Russia could not become a Deputy of the state Duma, not having received the Russian passport. However, in response to the request Leshchenko GMS sent him an official letter, in accordance with which the Department has no documentary evidence for raising the question about the loss of Poklonskaya Ukrainian citizenship.

“They (HMS Ukraine — ed.) there is no evidence that she broke the law on citizenship of Ukraine on dual citizenship!” — outraged Leshchenko.

Natalia Poklonskaya worked in the Prosecutor’s office of Ukraine from 2002 to 2014. After the coup in Kiev in February 2014 and the subsequent referendum in the Crimea, she led the Prosecutor of the Republic. In 2016, she became the Deputy of the State Duma.

In 2016, the Prosecutor General of Ukraine opened against Poklonskaya criminal case on charges of treason. The Deputy called the investigation politically motivated.