MOSCOW, 5 Jan — RIA Novosti. A Cyprus court froze the assets of Ukrainian billionaire Rinat Akhmetov, in the amount of 820 million dollars, writes the Financial Times referring to got at its disposal the documents of the court. 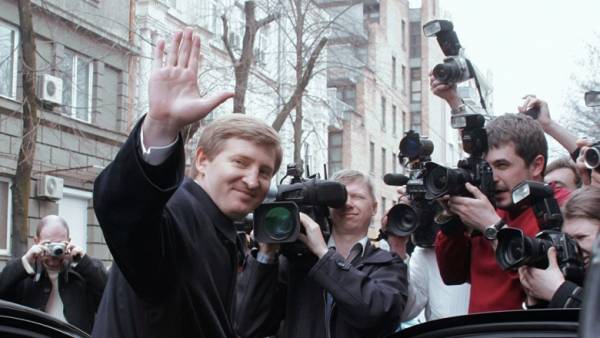 According to the newspaper, the decision was made on December 27 when considering the legal dispute around the company Ukrtelecom is Ukraine’s largest group of companies in the field of fixed communications. The company was sold to Akhmetov in 2013, the firm Raga belonging to the Ukrainian businessman Denis Gorbunenko. Representatives Raga insist that the transaction amounted to 860 million dollars, but Akhmetov has paid the seller, only 100 million.

The frozen assets of a businessman linked with apartments in London that at the time of purchase was the most expensive property market in the UK.

According to the court, Akhmetov may dispose of property at their discretion, but must preserve intact the assets in the amount 820,5 million dollars, and is obliged to inform Raga on large transactions with his property.

Akhmetov may appeal against the decision of the court until 8 January.

The international arbitration court in London has ruled in favor of the Raga on the parallel case in June last year.

According to the magazine Forbes Akhmetov is approximately $ 4.6 billion. The founder of “System capital Management” is the richest resident of Ukraine and occupies 359-th place in the global ranking of billionaires.