For Russian scientists 2017 was yielding intellectual breakthroughs. There is promising research in the field of cancer treatment, and the creation of the world’s most powerful quantum computer, and the involvement of the main opening of the year. By and large, the Russians had to be in the number of Nobel laureates, but the case seems to be, again, politics intervened. 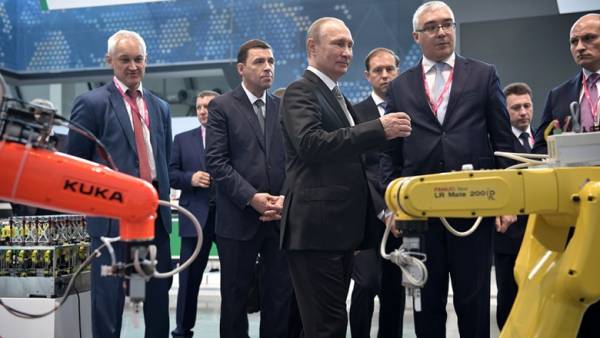 In the last week of the expiring 2017 specific fame in the scientific community have acquired a normal rate, now known as “fee Rogozin”. To the astonished eyes of the President of Serbia, the animal was placed in a tank of liquid, where the dog was breathing rapidly. The experiment caused standard in such cases, the debate on the topic of humanism and facets of what is permitted in science. In the vote of readers of the newspaper VIEW won “the interests of the scientists”, and animal rights activists were in the minority.

Leaving behind the scenes the most interesting question about liquid breathing (experiments are being conducted with him in our country, not the first decade), we note that the Russian science in 2017 remember the country and the world, not just the Dachshund. She really has something to be proud of.

Let’s start with the Nobel prize, the situation is almost traditional — the award is presented to Western researchers by the result of works, notable intellectual contribution to that carried out by Russian specialists. In 2017, honored those who had finally discovered gravitational waves, predicted by albert Einstein. The success has led a large international team work built in the United States the latest detector laser-interferometric gravitational-wave Observatory.

As said on this occasion, the head of RAS Alexander Sergeev, “the first word in the detection of gravitational waves said to our scientists.” “Vladislav Ivanovich Pustovoit, our still alive, deserves to be among the Nobel laureates for the detection of gravitational waves. Because in the article where he is co-author, has been proposed the scheme that was later implemented”, — he explained.

Questions to the Nobel Committee on accounting of the contribution of Russian and Soviet scientists to world science was always. But there are questions that you must ask yourselves — first of all, the support of personnel potential of Russian researchers.

Interesting data is a resource, “who is Who in Russian science”, accumulating some of the key scientometric indicators of Russian scientists. So, the citation of articles published over the last seven years (ranked by CI7), shows that a significant portion of our top researchers working abroad. For example, in the top ten (from Seeds Eidelman 24 692 citing to Alexander Uvarov 22 569) there are four.

That in itself is not a decidedly big science, in principle, cross-border and done in collaborations. But what in the distribution of international awards for top results our country once again not mentioned, you need to be prepared.

If you do not take in dry figures on scientometrics and to assess than the Russian science, distinguished in 2017 from a practical point of view, it is worth noting the following.

From the point of view of the state is indicative of awarding Vladimir Putin awards young scientists. Actually work in 2016, but the increased attention from the authorities these awards emphasize clearly. So, Junior researcher, Institute of high current electronics of the Siberian branch of RAS Ilya Romanchenko awarded for the development of generators heavy-duty UHF radio capable of disabling the electronics to a distance of one kilometer. This technology is interesting not only for “defense” and counter-terrorism (in terms of the elimination of explosive devices), but also for medicine. Radiation increases the permeability of the cell membrane, which in the future will reduce the dosage of pharmaceuticals.

In turn, representatives of the Institute of molecular biology. V. A. Engelgardt Alexey Dmitriev and Anna Kudryavtseva awarded for new method of early diagnosis of cancer using tumor markers. The prize was awarded for deciphering new mechanisms underlying the emergence and development of specific metabolism of malignant epithelial tumors. The authors identified more than 30 genes for which the first shown involvement in one or more types of cancer.