Media: Hillary Clinton is again at the center of an FBI investigation.

The investigators intend to find out, was whether former Secretary of state and her husband make political concessions in exchange for donations to their Fund. 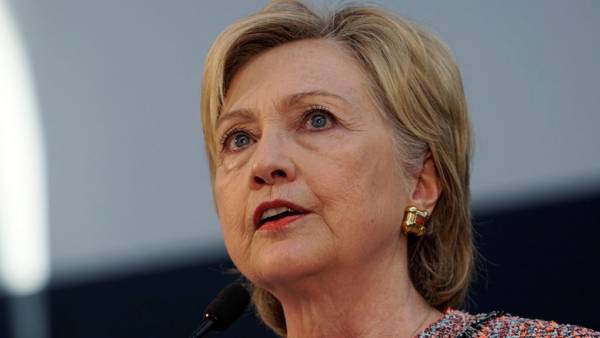 WASHINGTON, January 5. /TASS/. The Federal Bureau of investigation (FBI) initiated an investigation in respect of “the Clinton Foundation” (Clinton Foundation), which aims to find out whether this organization any benefits from sponsors during the period when Hillary Clinton served as Secretary of state. This was reported on Thursday, citing sources the newspaper the Hill.

According to representatives of the administration, the FBI plans to find out, not promised and did not do the Clintons any political concessions in return for charitable and not promise whether donors Fund infusion of funds in exchange for the achievement of certain government objectives.

In addition, the investigation should shed light on whether transferred tax-free Fund assets to the personal accounts and whether they were used for political purposes.

As noted, in the framework of this investigation, FBI agents have questioned at least one witness, and in the coming weeks the Agency will take additional measures.

Charitable organization “the Clinton Foundation” was founded in 2001. During this time it has attracted billions of dollars, including due to transfers from supporters of the Clinton. The US President Donald trump has repeatedly stated that his former rival is involved in corruption and provided services in the political sphere States that made donations to the Foundation, in their number includes Saudi Arabia.

In 2015, a scandal erupted due to the fact that Clinton during his tenure as the head of the state Department used for official purposes personal e-mail. She later transferred to the foreign office his entire working correspondence (55 thousand letters), and personal (more than 30 thousand letters) removed, and was subjected to harsh criticism.