MOSCOW, 4 Jan — RIA Novosti. Unsuccessful test of an Intercontinental ballistic missile of North Korea, which took place on 29 April 2017, ended with the fall of the wreckage on the town. According to The Diplomat, citing a source in the government of the United States. 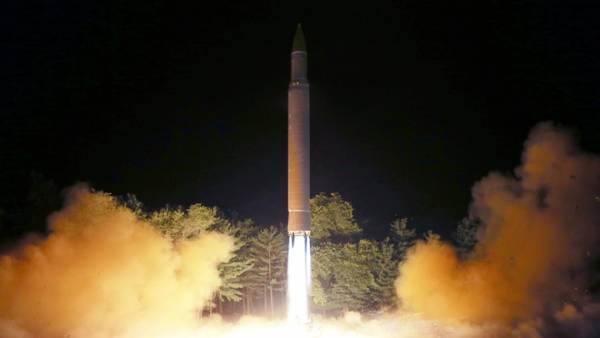 According to the newspaper, the rocket of average range “And 12” fell on the city Tokchon with a population of 237 thousand people, in this case caused “serious damage” to industrial and agricultural buildings. The source said that the missile was in the air for about a minute and crossed no more than 70 kilometers.

The publication claims that, given the short flight time, the explosion could have significant power due to the large amount of unspent fuel. Journalists doubt the victims could be many, as the rocket fell on the territory of the industrial zone after hours.

In February 2016, the DPRK made a successful launch of the carrier rocket “kvanmenson. In the world have regarded this step as a test of an Intercontinental ballistic missile, after which the UN security Council approved a new package of sanctions against Pyongyang. Since then, North Korea conducted a series of nuclear and missile tests, which led to the aggravation of the situation around the Korean Peninsula. DPRK leader Kim Jong-UN has declared its readiness to strike at the United States, and the head of the White house Donald trump did not rule out a military solution to the conflict.