Moscow. 4 Jan. INTERFAX.RU — the Iranian intelligence services announced the elimination of a terrorist cell pursuing the goal of creating unrest in the country, announced on Thursday evening, the Iranian news Agency IRNA, citing the Ministry of intelligence of the Republic. 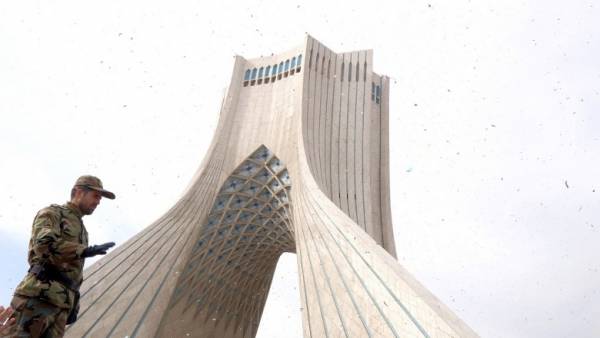 “A terrorist cell that had infiltrated into Iran to blow things up and kill innocent people, to support the recent unrest and provoke more unrest in the country, was defeated, and its members arrested after clashes with security forces,” — said in the Ministry statement.

According to the statement, the terrorists in a clash with Iranian security forces in the northwestern city Piranshahr in West Azerbaijan province killed three law enforcement officers. One terrorist was also killed, and some other members of the group were injured, said the Ministry.

It is also reported that during the operation, seized weapons, including Kalashnikovs, grenades, military uniforms and instructions on the organization of the riots.

The statement said that three other terrorist cells have previously been detected and destroyed in Western Iran.

Meanwhile, the Prosecutor General of Iran Jafar, Montazeri accused the authorities of the USA, Israel and Saudi Arabia in the organization the conspiracy aimed to cause unrest in the Islamic Republic. According to him, the plan of the conspiracy was prepared about four years ago with the close cooperation of these countries.

“The main organizer of the conspiracy was an American citizen named Michael Andrea, former CIA responsible for counter-terrorism, which has formed a group to create unrest in the Islamic Republic of Iran. Michael and Andrea with the officer associated with the Israeli intelligence Agency Mossad, was responsible for creating the plot, while Saudi Arabia has paid all costs” — quotes IRNA words of Montazeri.

According to him, the conspiracy, dubbed “the Doctrine of consistent convergence”, was developed based on data collected over many years. He noted that it was planned different scenarios of conspiracies, such as the protests against high cost of living, high costs and financial requirements of retirees.