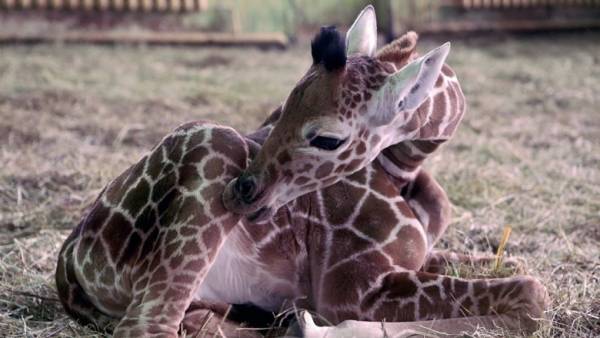 “He will be with us for sure, but as these giraffes not included in the program of animal reproduction, and he has a fairly low genetic status, then the coordinator will not help us to be somewhere to attach. And leave at impossible. Over the next year we will find him a new home,” — said Sokolov.

She noted that a giraffe can’t leave in Kaliningrad, because the content of the animal at the zoo is not enough space, plus, next year the animal will become sexually Mature and will fight over a female.

However, moving large-sized animal of the Kaliningrad region, surrounded by the territories of other countries — Poland and Lithuania, is fraught with challenges.

“Aircraft do not send it by land transport very problematic because of the rather stringent conditions of the EU remains almost one option is the ferry,” — said the Director.

Kaliningrad zoo is located on the territory of the former Koenigsberg zoo (pre-war name of Kaliningrad), founded by German entrepreneur Herman Claesson. In the collection of nearly 2 thousand individuals and 300 species of animals, half of which are listed in the international Red book.