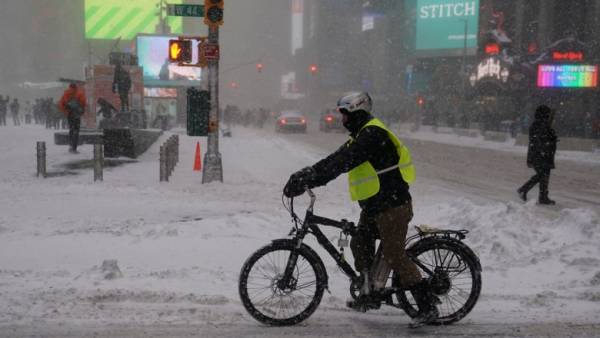 “I declare a state of emergency in new York city, Westchester and on long island in connection with extreme weather conditions,” wrote Cuomo on Twitter.

A state of emergency has been declared for Long Island, Westchester and New York City because of extreme weather conditions.

Here’s where you can find the latest #blizzard2018 updates from the State of New York:https://t.co/cUd0kHHijs

“Because of the strong wind and poor visibility, the flight is temporarily suspended”, — told the airport authority on Twitter. Administration encourages passengers to check flight information from air carriers.

Earlier, the National Directorate of studies of the World ocean and atmospheric administration has warned of the threat of severe snowstorms in the region. Forecasters expect that the environment can fall to 7.5 inches of snow, possible ice. The temperature is forecast to fall below minus 9 degrees.