TASS, January 3. Commander of the Islamic revolutionary guard Corps (IRGC, an elite unit of the armed forces of Iran), General Mohammad Ali Jafari announced the end of “the troubles” in the cities of the Islamic Republic. 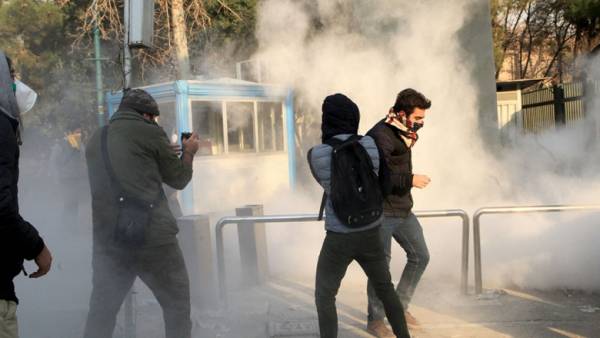 “Our enemies should know that the military threats or security threats will not work against Iran,” he said. “Today we can announce the completion of the turmoil and the defeat of the rebellion,” said ja’afari, referring to riots, acts of sabotage and vandalism that occurred in several cities of the Republic in the past few days.

Earlier, the representative of the IRGC Ramezan Sharif said that the police and internal security forces “complete control of the situation in Tehran and other cities of Iran, where there have been demonstrations in the streets”.

The reason for anti-government protests began on 28 December, was the dissatisfaction of inhabitants of the country the rise in prices. The government acknowledged that the protest is an inalienable right of the people, and the demands of the citizens is fair. At the same time, Tehran accused the US and its allies — Saudi Arabia and Israel — in an attempt to destabilize the country.

During the clashes of protesters with the police killed at least 20 people from both sides. The Iranian authorities announced the arrest of more than 450 rebels, who soon should stand before the court.