“Death to Russia” and “My life in Iran”: what is called for protesters in the Iranian cities

During the protests that swept Iran, are a variety of slogans: from requirements to solve specific economic problems calls to overthrow the regime of the Islamic Republic. 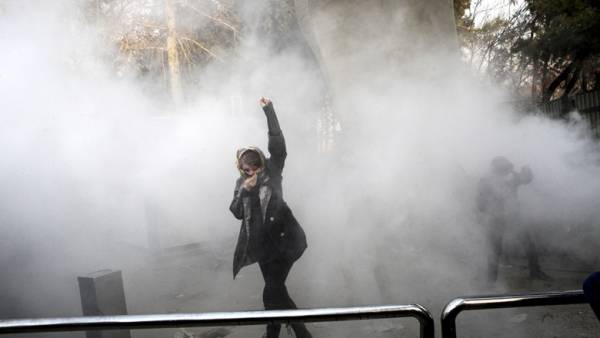 The variety of slogans reflects the fact that the protesters have no single purpose or specific public messages to the authorities. To lead the protests here: suitable candidates are unable to offer any political parties or other forces.

Some of sounding slogans sounded during the last major wave of protests in Iran in 2009, but the similarities are not so much. Then the reason for the discontent were the results of the presidential election, which many considered rigged, and the head of the protesters arose the candidates who lost the race.

This time no one supports the World-Hossein Mousavi and Mehdi Karrubi, the opposition leaders who led protests in 2009 and to date for six years under house arrest.

Here are some of the appeals that are heard on the streets of Iranian cities.

“Death Rouhani” — this slogan is directed against the moderate Iranian President Hassan Rouhani, especially often heard during the first spontaneous rally held on December 28 in the city of Mashhad in the North-East of the country.