Moscow. 2 Jan. INTERFAX.RU — the European Union hopes that the right to demonstrations is guaranteed in Iran, said Catherine ray, the official representative of the head of the EU diplomacy Federica Mogherini. 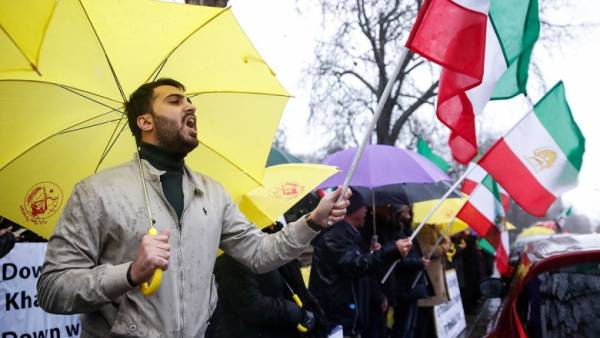 “We have contacted Iranian authorities and we hope that the rights to peaceful demonstration and freedom of expression are guaranteed, as is clear from the public statements of President Rouhani,” reads the statement on Twitter, issued in the night of Tuesday.

According to ray, the EU observed the last days for demonstrations in Iran. “We will continue to monitor the development of events”, — said the representative Mogherini.

At least nine people were killed in the night of Tuesday the unrest in the Iranian province of Isfahan, according to the state television of the country. According to him, six people were killed while attempting to steal weapons from the police station in the town of Kaharingan. Two young people died in Khomeinishahr. In the city of Najafabad employee killed by the revolutionary guard.

The total number of victims in six days of unrest has reached 20 people, said the TV.

Meanwhile, on the eve of the US President Donald trump said in his Twitter that he does not believe Iran is a successful country and suggested that it was time for a change.

In recent days in Iran anti-government protests. The demonstrations began last week. The protesters are protesting the difficult economic situation, as well as against the country’s leadership. Iran’s President Hassan Rouhani has urged citizens to remain calm. The Agency Associated Press referring to the Iranian TV reported that Iranian authorities have blocked access to the Instagram app and Telegram messenger on the background of the protests of the population.