In Kiev held a procession in honor of Bandera’s birthday

MOSCOW, 1 Jan — RIA Novosti. In the center of Kiev held a torchlight procession in honor of the birthday of Stepan Bandera, reports channel “112 Ukraine”. 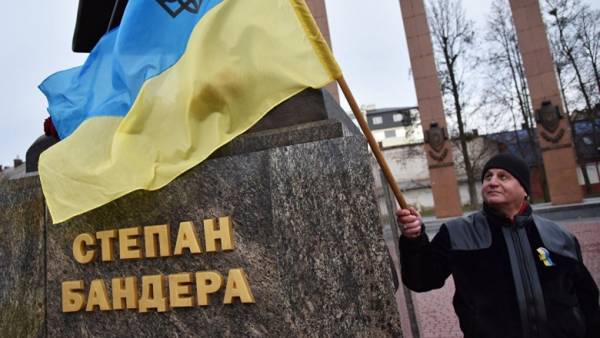 The March ended on Independence square. The number of participants amounted to about a thousand people, some of which came with lighted torches. Among those present were representatives of right-wing movements and supporters of the party “Freedom”. The procession was accompanied by police and dog handlers.

The March was held under the slogan “For the glory of heroes, for the future children!”.

Stepan Bandera (1909-1959) was a leader of the Organization of Ukrainian nationalists*, one of the initiators of creation of the Ukrainian insurgent army* whose purpose was proclaimed the struggle for independence of Ukraine. * UPA operated mainly in Western Ukraine and fought against the Soviet troops, collaborating with the Nazis. After the war she continued subversive activities against the Soviet regime.