MOSCOW, January 2. /TASS/. Writer Boris Akunin on Monday posted on his page in the network Facebook the first Chapter of the final novel of the series about detective Erast Fandorin. 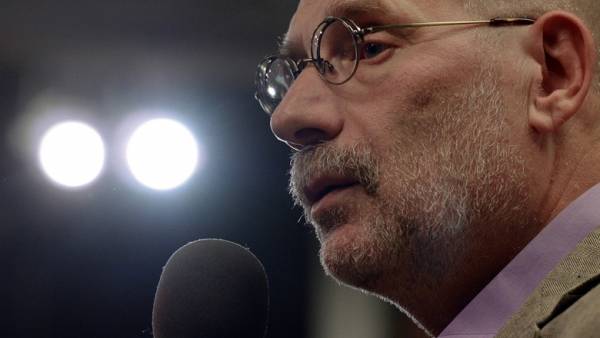 “Christmas gift fandorinym readers. The last novel of the series “the adventures of Erast Fandorin” will be released only in February, but here is the first Chapter of the book. You learn from it, what happened to the hero in the black-black city,” wrote the author.

Akunin has completed work on a novel called “don’t say goodbye” in November of 2017. He said that the book is due out February 8, 2018, the 20 th anniversary of the publication of the first novel of the cycle of historical detectives about Fandorin. — “Azazel”. New work, which takes place during the Civil war in Russia, concludes the series.

In the series “the adventures of Erast Fandorin” includes 15 books — collections of short stories and novels, a play, novels. Works about Fandorin in Russia filmed. Among the most known films — “Azazel”, where the Russian detective was played by Ilia Noskov, “the Turkish gambit”, in which the role of Fandorin was played by Egor Beroev, and “Councilor” with Oleg Menshikov.