Biometric controls at the border with Ukraine have already passed 1.9 thousand Russians

KIEV, Feb 2 — RIA Novosti. Biometric control at the Ukrainian border for the first day his actions were almost 1.9 thousand citizens of Russia, have informed on Tuesday a press-the Secretary of the state border service of Ukraine Oleg Slobodyan. 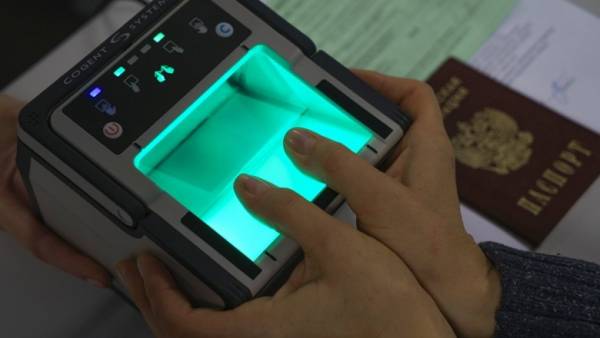 Biometric control system on Monday partially earned at checkpoints on the Ukrainian border. The system will be implemented in stages, first she will work on all checkpoint of the Ukrainian-Russian border. Russian citizens who wish to enter the territory of Ukraine, will need to go through a three-stage procedure of biometric control. Biometric border control will be in effect for citizens from 71 countries.

“For the first day of operation of the system of biometric border was crossed by more than 3.3 thousand foreigners from the category that is subject to this biometric control, nearly 1.9 thousand citizens of the Russian Federation. The system worked without failures of any conflict or provocation was not, in General, the citizens react calmly and pass the formalities in the form of biometric control”, — said Slobodyan comments “112 Ukraine”.