Ukrainian MP told why in the Verkhovna Rada there are fights

MOSCOW, February 13 — RIA Novosti. A fight in the Ukrainian Parliament are due to the fact that the speaker Andriy Parubiy does not respond to them, said the TV channel “112 Ukraine” people’s Deputy of the Verkhovna Rada Viktor Chumak. 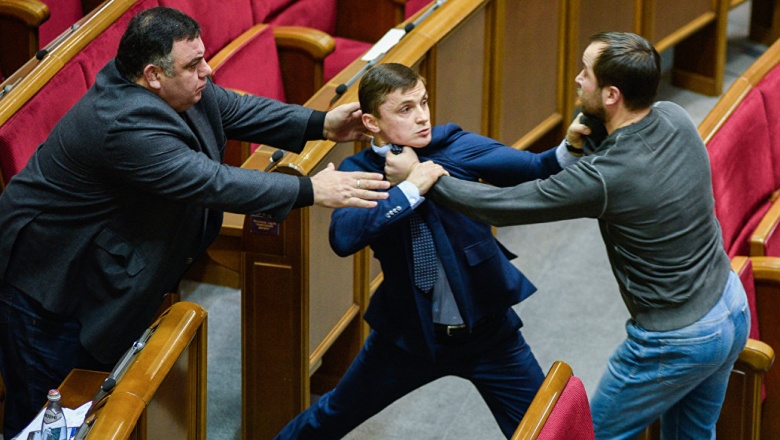 “This is the biggest problem that the speaker does not work with the regulations. And all those fights in Parliament who do it, too, because not responding or the speaker or the parliamentary procedural Committee,” — leads the channel the words of Chumak.

One of the last fights took place on 9 February. Deputies from Pro-presidential party “Block of Petro Poroshenko” Sergei Leshchenko and Ivan Melnychuk came to blows during the meeting devoted to the consideration of the draft on the constitutional court.