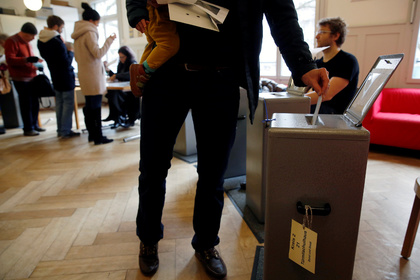 Citizens of Switzerland supported the simplification of procedures for obtaining citizenship by migrants in the third generation. As reports on Sunday, February 12, RIA Novosti, these are the first results of the referendum held on this day in the country.

According to preliminary data, for the amendment to the Constitution on the simplification of naturalization in the country living grandchildren of immigrants voted about 60 percent of the participants in the procedures against, respectively, is of the order of 40 percent.

At the present time to issue citizenship under the simplified scheme could only foreigner, and six or more years of marriage with a Swiss or Swiss.

Approved by a majority of referendum participants facilitate naturalisation for the grandchildren of migrants does not automatically obtain citizenship. He who is born in the third generation once arrived in Switzerland, and now the resident family shall submit an application before the execution he is 25 years old. At the same time he should prove that he was born in Switzerland, at least five years, studied at one of the local schools and has a residence permit category “C”.

In addition, at least one of the parents has to meet these criteria, as well as to live permanently in the country for at least 10 years. Along with this you need to grandmother or grandfather of the candidate was born in Switzerland or have proven that you have the legal right to stay and live here.

Referendums on the facilitation of naturalisation for the grandchildren of immigrants took place in Switzerland, not once, informed citizens do not support a preference for migrants of the second or third generation, born in Switzerland and never lived in another state.

According to “Interfax”, currently in Switzerland about eight million inhabitants, of which about 24 thousand people — the third generation of migrants, and more than half are Italians, followed in number by immigrants from Turkey and the Balkans.