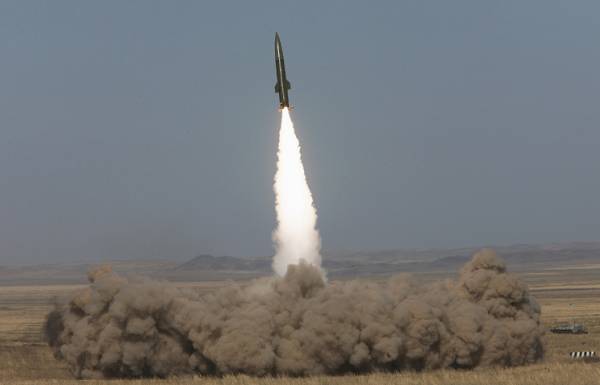 MOSCOW, February 13. /TASS/. The investigative Committee of Russia has received irrefutable evidence of the use of the Armed forces of Ukraine weapons of mass destruction in the South-East of Ukraine. This was announced acting head of the Department of interaction with mass-media SK the Russian Federation Svetlana Petrenko.

“In the framework of criminal investigation of the events in the South-East of Ukraine surgically obtained and procedurally fixed irrefutable evidence of the use of the Armed forces of Ukraine weapons of mass destruction – tactical missile complexes “Tochka-U” against the civilian population during the armed conflict. Investigators SC of the Russian code of criminal procedure provides evidence of the use of Ukrainian military missile complexes “Tochka-U” on settlements of the Luhansk region: Luhansk, in the villages of Novosvitlivka and Thorns, Krasnodon district, in the town of Rovenki, in the Jubilee village Lugansk,” – said the representative of the UK.

She said that, according to the investigation data, the Ukrainian military used against the peaceful population of Donbass missiles filled with high-explosive and cluster charges. “High-explosive head portion centered actions at undermining forms to 14.5 thousand on the area affected 2-3 ha. a rocket with a cluster warhead, provides defeat of manpower and soft-skinned vehicles in the open area ranging from 3.5 ha to 7 ha, forming to 15.8 thousand fragments”, – said the representative of the RF IC.

Petrenko reminded that the missile complex “Point” was developed in the 1970s and adopted by the Soviet army in 1975. More advanced its modification with increased up to 120 km range – RK 9K79-1 “Tochka-U” – began to enter the army in 1989. A significant number of systems remained in Ukraine after the collapse of the Soviet Union, these systems are one of the most powerful weapons in the Arsenal of modern Ukrainian army, their combat equipment can be, both conventional and nuclear or chemical.