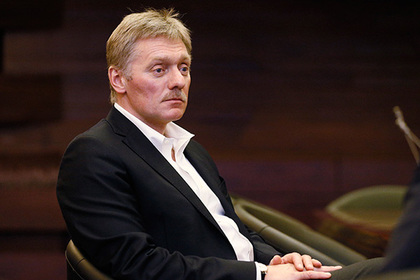 “Of course, not from Russia,” said Sands, answering the question about the origin of the tanks, allegedly at the disposal of the militias.

Press Secretary of the Russian President added that we are talking about Ukraine. “Therefore we should, perhaps, ask why this situation is in Kiev”, — said Peskov.

He added that “through official channels” the Russian volunteers are not sent to the Donbass. “Of course, we know that there are citizens who voluntarily travel to the region to protect people from the aggressive actions of the Armed forces of Ukraine”, — said the official representative of the Kremlin.

3 Feb Peskov expressed the hope that the militia of the South-East of Ukraine has enough weapons to response to the aggressive actions of Kiev.

In late January in the Donetsk region began the next escalation of the conflict. It happened after the APU attempts to go on the offensive. As a result, the battles of Avdiyivka were the most violent since August, 2015.

Moscow is convinced that the intensification of the conflict in the Donbass, instigated by the Ukrainian authorities. The Kremlin has said that Kiev in this way want to see yourself as a victim in the eyes of European partners.

Ukrainian President Petro Poroshenko repeatedly stated the version about the involvement of Moscow to supply arms for the militia. In December, passed the “Interfax-Ukraine”, he said in particular that the territory of the breakaway republics is “about 700 tanks, 1200 armored combat vehicles”.