MOSCOW, 12 Feb — RIA Novosti. American actress Meryl Streep has again criticized US President Donald trump and has said it will resist the attacks of the “brownshirts” and “bots,” reports the New York Times. 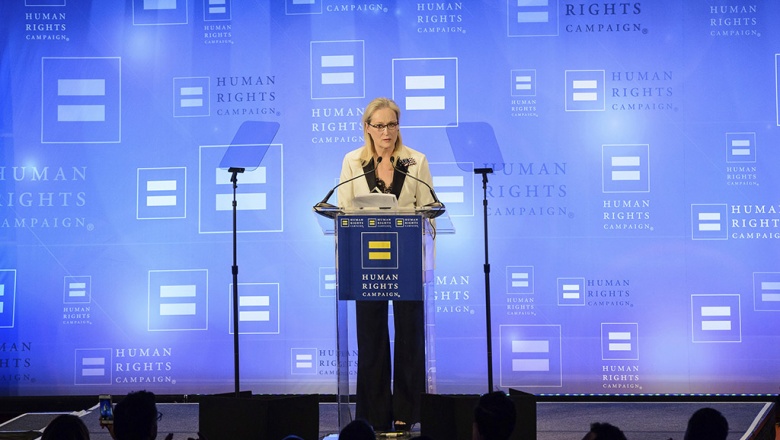 “Afraid to put a target on your forehead, you become a target for different kinds of attacks and the armies of brownshirts, bots do worse. The only reason you can do it — if you feel that you should. Needs! You should have a choice,” — said the actress at the award ceremony from the organization Human Rights Campaign (HRC), advocating for the protection of sexual minorities.

As the newspaper notes, from the speech of the actress is not clear to whom she applied the treatment “brownshirts” (paramilitary National socialist German workers party — NSDAP).

Previously, trump has responded to criticism from the Strip during her speech at the ceremony “Golden globe”, calling it “a fan of Clinton.” As he wrote in his microblog on Twitter, “Meryl Streep is one of the most overrated Actresses in Hollywood”. Responding to a statement by trump, the actress replied: “I am the most overrated, most pretentious decorated, and is now the most often criticize actress of her generation who loves football.”

Meryl Streep, one of the most over-rated actresses in Hollywood, doesn’t know me but attacked last night at the Golden Globes. She is a…..

Strip, a speech after receiving the award for contribution to cinema during a speech at the ceremony “Golden globe” in January, said that “disrespect begets disrespect”, citing as example the case of a public parody of the gestures and speech of a journalist with a disability a trump, and although she never said the name of the President of the United States, it was obvious that she speaks of him.

Streep also spoke out against discrimination, reminding that everyone in Hollywood are “immigrants” from somewhere. Thus she expressed her opinion about the statement by trump, offered during his election campaign to prohibit entry into the United States for Muslims, and allowed himself to harsh statements against immigrants from Latin America. Before the election, the Strip also officially endorsed Clinton.