WASHINGTON, February 13 — RIA Novosti, Alexei Bogdanovsky. Immediate evacuation is declared by the destruction of the highest in the United States the dam in the city of Oroville and the threat of an accident, water can break through in the next hour, reported in Facebook, the Sheriff’s office Butte County. 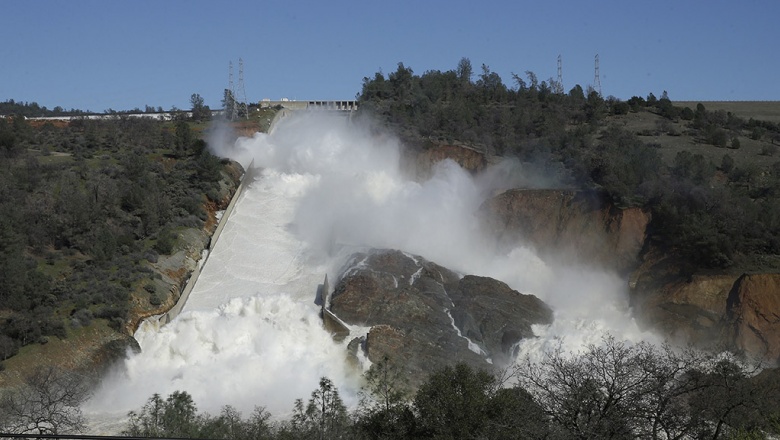 The Sheriff explained that the erosion of the emergency spillway could lead to “an uncontrolled discharge of water from lake Oroville”. The volume of water in the lake is estimated at more than 4.3 billion cubic meters. For comparison, in Nizhnekamsk reservoir in Tatarstan 2.9 billion cubic meters, Gorky, and Novosibirsk — about 8.8 billion.

Day 4 – You can’t see the spillway, water is raging off the side and racing toward the river #OrovilleDam @GoodDaySac @CBSSacramento pic.twitter.com/XhBaws8x5V

Now in order to prevent the collapse of the dam, the water discharge increased to 100 thousand cubic feet (2.8 thousand cubic meters) per minute. Earlier destruction has been the main spillway.

Alternate spillway Oroville dam may collapse in the next hour, which will lead to a flood of uncontrolled flow of water from lake Oroville in Northern California, reported the Department of water resources California.

Officials warn of imminent failure at the emergency spillway of the Oroville Dam in California; evacuations underway https://t.co/Qe0qTYlJu8 pic.twitter.com/hVmONdRFdL

According to the associated Press, in Oroville live about 16 thousand people who should be sent to the city of Chico, located North of Oroville, and other cities.

The water began to overflow through the emergency spillway on Saturday after heavy rains. According to the authorities, this process will continue for the next day. In addition, the water began to flow over the main spillway, seriously affected by erosion. The government will begin to assess the damage on Monday.