When the first trump. North Korea has launched ballistic missiles

In Tokyo believe that the launch was a provocation, because at the present time, the Prime Minister of Japan is visiting the United States. 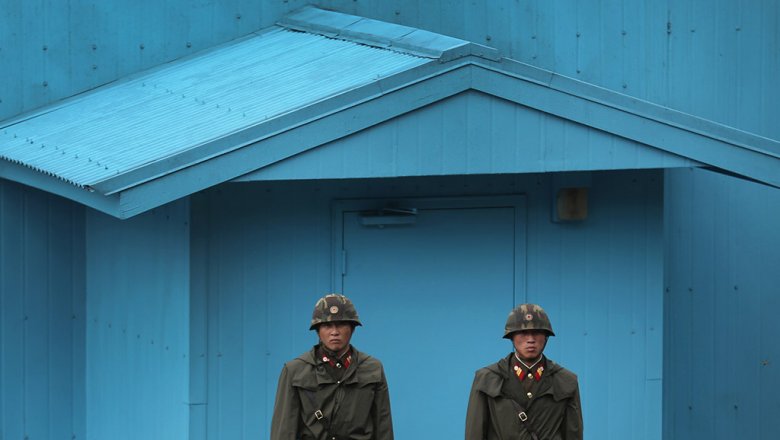 TOKYO, February 12. /Offset. TASS Igor Belyaev/. The DPRK has made Sunday the launch of a ballistic medium-range missiles that became the first rocket launch of North Korea from the moment of arrival in the United States the new administration headed by President Donald trump.

In Tokyo believe that the launch was a direct provocation towards Japan and the region, taking into account the fact that currently, Prime Minister Shinzo Abe is on an official visit to the United States.

The South Korean foreign Ministry sees the launch as an attempt to attract the attention of the world community and to send a signal of the new U.S. administration.

According to the chiefs of staff of the Republic of Korea, which first reported the launch, it was made at about 07:55 local time (01:55 GMT) from the landfill in the North Korean province’s Do. The missile flew about 500 km and fell into the sea of Japan. These data are actually confirmed to TASS the representative of the Strategic command of the Armed forces of the United States (STRATCOM).

Launch of a ballistic missile medium-range occurred near the Northwest city cuson.the representative of the strategic Committee of the U.S. armed forces

The joint command aerospace defense of North America (NORAD) “concluded that produced North Korea’s launch was not a threat to North America”. The representative of command did not answer the question TASS on whether the launch is successful. “Only North Korea can say it, so we do not give the characteristics of their launches,” he said.

Japanese defense Ministry estimated the missile’s range to 350 km, as reported by the Minister Tomomi Inada. It was also stressed that the missile before it reaches Japanese exclusive economic zone. According to Japanese intelligence, the launch was the first for the last four months.

In connection with the rocket launch by the DPRK, the US President Donald trump and the Prime Minister of Japan Shinzo Abe, which is currently located in the elite estate of the American President “Mar-a-Lago” in Florida, made an unscheduled joint statement.

“During the talks, President Donald trump assured me that the US has always, 100 percent, be on the side of Japan,” said Abe, who spoke first. And the fact that now Mr. trump is standing next to me, is direct proof.

Himself a rocket launch Shinzo Abe has described as “absolutely unforgivable”, stressing that the DPRK is obligated to comply with all resolutions of the UN Security Council.

The head of the Japanese government also noted that he and trump “I fully share the willingness to continue close cooperation aimed at strengthening the bilateral Alliance.”

The US President in his speech was brief.

I just wish everyone understood and knew that the United States supports Japan is a great ally 100%.Donald Trepresent USA

No other statements trump did not becoming to answer questions from journalists about the launch of DPRK’s ballistic missiles.

The government of Japan is currently working to have the UN Security Council gave a serious response to today’s rocket launch of the DPRK.

“The launch of North Korea was a violation of the existing resolutions of the UN Security Council, said in this regard, the foreign Minister of Japan Fumio Kishida. We work hard to ensure that the security Council has given a serious response to these actions.” The Japanese foreign Ministry has also intensified cooperation and information exchange with the United States and South Korea on the situation.

In connection with the missile launch, the Japanese foreign Ministry has also promised to send the North Korean side a strong protest through diplomatic channels in China.

The situation on the Korean Peninsula

Last year, the DPRK made numerous rocket launches and also carried out two nuclear tests. The latter, produced in November 2016, was the most powerful in the history of nuclear weapons tests of North Korea.

In response, the UN Security Council on 30 November last year unanimously adopted a resolution 2321 on new sanctions against the DPRK’s nuclear and missile programmes. The document expresses “grave concern” that Pyongyang continues to violate security Council resolutions, “repeatedly carrying out or attempting to carry out launches of ballistic missiles”.

The text emphasized that such activity contributes to the development of delivery systems for nuclear warheads and fuel tensions in the region and beyond.

In January of this year, the U.S. government expanded its sanctions list against North Korea, making him the Ministry of labour of Republic, State planning Committee, as well as seven officers, members of the government and the workers ‘ party of Korea.

In Pyongyang the UN security Council’s resolutions do not recognize, arguing that the country has every right to strengthen the defense capability amid the hostile policy of Washington.