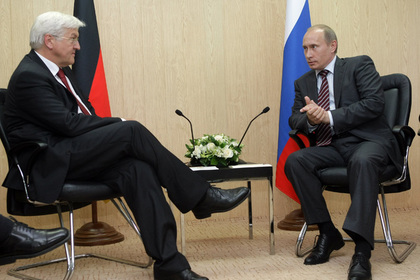 Russian leader Vladimir Putin sent a congratulatory telegram social Democrat Frank-Walter Steinmeier on the occasion of his election as President of Germany. About it reports a press-service of the Kremlin.

Putin invited German counterpart to visit Russia at any convenient time and expressed hope for further development of bilateral relations.

Sunday, February 12, delegates of the Federal Assembly of Germany Steinmeier was elected President of the country. His candidacy was supported, 931 (election required 631 voice).

Steinmeier was a 12-m account by the Federal President of Germany.