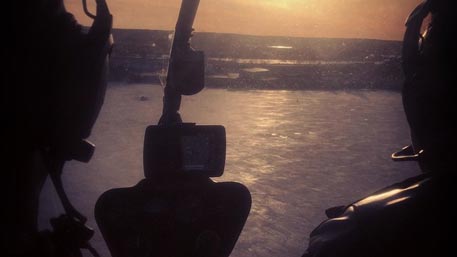 Among the passengers of the Robinson helicopter, crashed in the waters of lake Teletskoye in the Altai, were former Deputy Prime Minister of the Republic Anatoly Bannykh, his wife and two children. It is reported TASS with reference to emergency services in the region.

“On Board were five people: the pilot Dmitry Rakitskaya, his wife Yelena Bannykh and two children, a boy and a girl,” – said the Agency interlocutor.

He also added that the investigation is considering several versions of the helicopter crash: bad weather, technical malfunction and pilot’s error.

Robinson, owned by the flying club “Altai-Avia” has made a flying excursion to Teletskoye lake. According to preliminary data, the helicopter could sink.