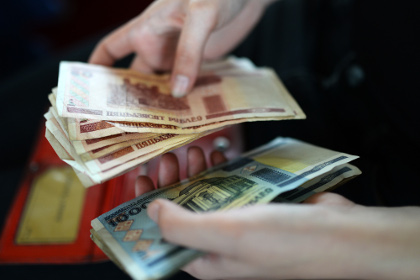 To date, the tax for financing public expenditure paid about 46 thousand citizens of Belarus from 470 thousand, which was sent the appropriate notice. This broadcast ONT told the chief of Department of the taxation of physical persons of the Ministry for taxes and levies of the Republic Mikhail Rassolko.

The amount, according to him, is of the order of 14 million rubles (equivalent to 433 million Russian rubles).

The deadline for payment is February 20. “To predict how many people will pay the tax, is problematic. But I can say that a large number of applications currently available in the local Executive authorities and councils — citizens seek the possibility of exemption from paying the fee,” explained Rassolko.

If someone is eligible for benefits, you need to provide relevant documents, warned the official.

If it didn’t work in 2015, a certain number of days, he is obliged to pay the fee, said Rassolko. “But there are cases when a citizen received a notice, but he is not the payer of the fee. This happened for various reasons, the majority, about 80-90 percent, depending on the region, citizens lived or lives in the Russian Federation. Since we have no border, we can’t keep track of its intersection”, — he said.

In April 2015, President of Belarus Alexander Lukashenko signed a decree, according to which able-bodied citizens residing in the territory of the Republic, but it is not working and not paying taxes more than six months, will annually pay a fee of approximately $ 250 under the threat of bringing to administrative responsibility.