Frank-Walter Steinmeier was elected as the 12th President of Germany

The former head of the German foreign Ministry received the support of 931 delegate of the Federal Assembly. 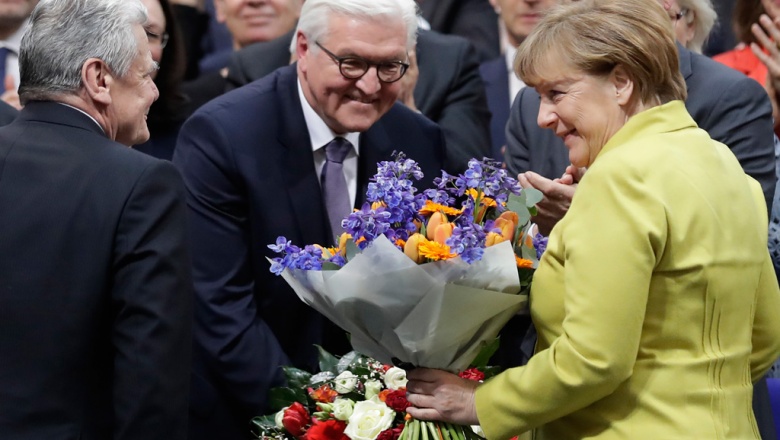 He has got needed to win the support of more than half of the delegates to the Federal Assembly, a body convoked specially to elect the head of state.

The meeting takes place in the historical building of the Reichstag in Berlin. The Federal Assembly consists of 1260 delegates, one half of whom are members of the Bundestag, the second electors, nominated by the parliaments of the Federal States.

“Candidate Frank-Walter Steinmeier received the necessary votes and is thus elected President of Germany,” — said the President of the Bundestag Norbert Lammert. According to him, voted 1253 delegate, 14 votes were declared invalid. Steinmeier has received 931 vote, abstained 103 representative.

According to the law, to win a candidate must win the support of the majority of delegates (at least 631 voice — approx. Q. TASS).

Sworn in a new head of state will be given only in March.

The term of office of the incumbent President, Joachim gauck, will expire on March 18. Last summer he stated that he will not go for another term.

The powers of the President

German President performs mainly representative functions, foreign and domestic policy are the responsibility of the government headed by the Chancellor.

The President represents the state in the international arena, makes on behalf of the German treaties with other countries, has the right of pardon. He is involved in the formation of the government at the Bundestag a candidate for the post of the Federal Chancellor (after consultation with the leadership of the party factions, he shall designate a candidate from the largest faction), on the proposal of the Chancellor appoints and dismisses Ministers.

In exceptional cases, has the right to dissolve Parliament and call new elections.

The President signs laws after they were accepted by the Bundestag and approved the Bundesrat (chamber of representatives of the Federal States). The head of state supervises conformity of the law of the Constitution, and may refuse to sign it, sending back for revision.