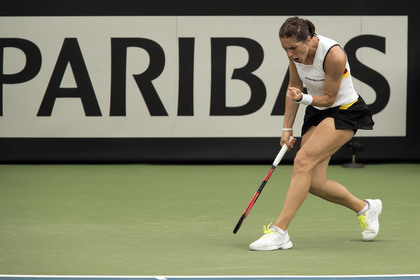 The international tennis Federation (ITF) will not be punished, the Association of the United States tennis (USTA) for the voiced before quarterfinal match of the Federation Cup between the United States and Germany the national anthem of the Third Reich. This was reported on the website of the ITF.

“USTA apologized and said that this will not happen again. Any sanctions applied will not” — says the statement of the ITF.

Earlier, on 12 February before one of the fights quarterfinal match of the Federation Cup between USA and Germany in Lahaina American voiced version of the German anthem used during the Third Reich. After the incident, the USTA apologized for the incident in his Twitter account.