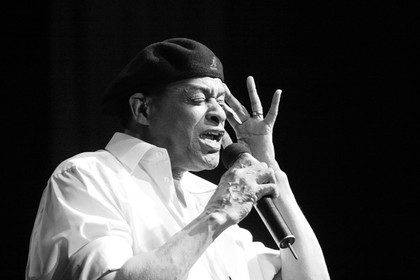 According to him, the death occurred in a hospital in Los Angeles (California, USA) on 12 February at 05:30 local time. At the time of the death of El Jerry was surrounded by family and friends.

The cause of death of Gordon was not called. The portal TMZ, it became known that the musician was recently hospitalized. In recent years, he had breathing problems and heart. The site notes that El Jerry has toured almost without interruption for the last 50 years, but a few days ago it became known that he was forced to abandon the concert activity.

El Jerry was born in Milwaukee (Wisconsin, USA) March 12, 1940. The popularity came to him in the 1970s, he had the rare skill of improvisation and sound imitation, intonation used such techniques as shouting, crying, moaning, laughing and others. He was seven times awarded the “Grammy”, he is the only one who received this prestigious music award in three categories: jazz, rhythm and Blues and pop music. In 2001, the performer was a star on the “walk of fame” in Hollywood.