What is happening in al Bab

Followed a new offensive launched by the armed forces of Turkey together with the Free Syrian army (FSA) with the aim of capturing the town of al-Bab, after sending trump the head of the CIA in Ankara after telephone conversations with President Erdogan and amid reports about the death of the Turkish military, al-Bab and again become an important item on the agenda. 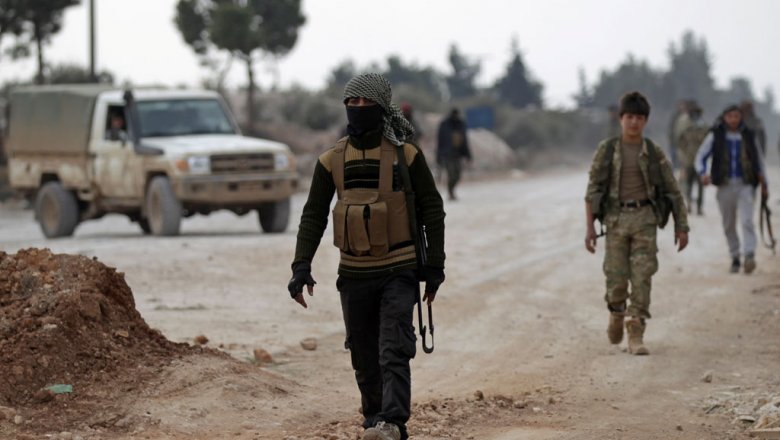 If you don’t count Hatay and the territory between Kilisa and Carcamusas, districts across the Turkish-Syrian border was largely under the control of Syrian Kurds. Between Azaz, which is located opposite the Kilis, and Jerablus, in front of Karkamish, dominated IG (banned in Russia as a terrorist organization — approx. ed.). The West claimed that it was due to the dominance in this region of the IG could commit a terrorist act in any country of the world. In addition, they talked about that here occurred an attack in the direction of Kilis. Turkey began the operation “shield of the Euphrates” as security reasons and in order to prevent the Party “Democratic Union” (PYD), affiliated with the terrorist organization the Kurdistan workers ‘ party (PKK), to unify the districts of Afrin and Kobani.

Of the Turkish armed forces and the SAA quickly managed to drop ISIS from the border. But as soon as the operation began to move away from the borders of Turkey, progress has been somewhat slower. An important role was played by the pressure that the Obama administration had in recent days on Turkey, forbidding him to go “farther than 20 kilometers from the border,” and the lack of support from the aviation coalition. When we left behind the 170 days of operation, the Turkish armed forces/SSA went to El Baba. At this point, we, unfortunately, lost 64 servicemen.

Why al-Bab and important?

Al-Bab, which lies 30 kilometers from Turkey, the last major concentration of ISIS in Northern Syria. The coalition led by the USA believes that if you take away ISIS Raqqa in Syria and Mosul in Iraq, a quasi-governmental structure of the organization will collapse. Through al-Bab and the roads leading from Aleppo Manbij and Raqqa. Turkey insists on the need to clear the al-Bab from IG to ensure security in the region, which it wishes to make a “safe zone”.

What is the situation in El-Baba at the moment?

On Tuesday evening it was reported that the Turkish armed forces/SSA again control the height of Sheikh Akil, with views of al-Bab from a height of about 500 meters, and the building of the hospital. If you look at the map, this area is a kind of entrance to the al — Bab from the West. And the area that is located at the foot of this height, replete with streets Recalling a labyrinth. Come to the news about violent clashes in the region.

The attack, which reportedly accidentally made Russia, killed three of our military.

For nearly three weeks, the army of the Syrian regime and assist in its fighters carried out the operation against El-Baba from the South. The distance between the Turkish armed forces and the regime’s forces reduced to three kilometers. The other day the Prime Minister Yildirim noted that in order to avoid possible unpleasant incidents, the Turkish side is in constant contact with Russia. And after just one day after the announcement in al Bab the attack of the Russian aircraft killed three of our military. When the head of the CIA Mike Pompeo (Mike Pompeo) arrived in Ankara, the Turkish government tried to shed light on this attack.

But if the Assad regime will take al-Bab?

In yesterday’s issue of the newspaper The New York Times noted that al-Bab became a sort of geo-strategic challenge. Russia, which here is a supporter of the regime, and recently collaborated with Turkey comes to the fore as decision-makers the player. The source, talked with the NYT, suggested that the talks in Astana, Russia demanded that the region in which there are objects, ensure the water supply of El-Baba, took control of those loyal to the regime forces. Would the Syrian opposition for such a division?

This is the script, which insists Turkey. It is expected that after El-Baba the Syrian opposition with the support of the Turkish armed forces will conduct operations in the area Manuja and Raqqa. According to the Washington Post, the plan “A”, which was discussed under the Obama administration, was attended by Turkey. But since it had not been convinced, on the agenda as a plan “B” had the idea of arming the Syrian Kurds. Here because of objections by Turkey, the plan of the Obama administration against Raqqa was transferred to the administration trump.

Trump accept the plan, not approved by Obama?

The administration of the tramp, which I do not like Obama’s plan, gave the Pentagon 30 days to prepare new alternatives. Among the topics that were discussed with the head of the CIA Pompeo, who arrived yesterday in Ankara, was El-Bab and raqqa. The fact that Turkey, which opposes the capture of Raqqa by the people’s protection Units (YPG), strongly expressing his concerns about arming the Syrian Kurds and, besides, instead of offering a convincing plan may provide an opportunity for a return to “A”. But the “Democratic forces of Syria” (SDG), the main element which are the YPG, have at least 30 thousand soldiers. At the same time, the United States, passing SDG armored vehicles, continue this cooperation.

Time allocated for operations in Mosul and raqqa, the Pentagon cut down to six months. The question is: do the Pentagon, considering the SDG as organized by the partner on the battlefield, the time to create a new military force? Could there be developed a plan for a Syria without the participation of Russia? In any case, the ideal against IG would be the case if the parties in Syria have joined forces, without waiting for a final decision, and saved your country with the support of the coalition.