In London opens a major exhibition of Russian revolutionary art 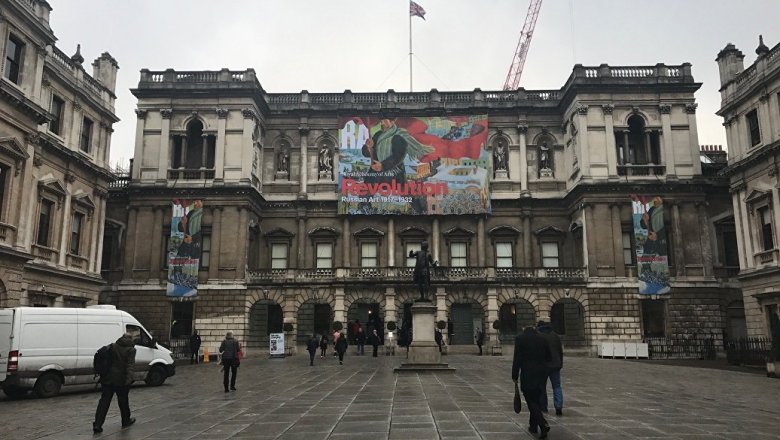 “In commemoration of the centennial of the Russian revolution, we have prepared an exhibition “Revolution: Russian art from 1917 to 1932″. The exhibition covers an important period in the history not only of Russia but of Russian art: in 1917, when the Great October socialist revolution, and in 1932, when Stalin began to brutally suppress the avant-garde”, — told RIA Novosti at a press preview of the exhibition one of its curators.

The exhibition presents more than 200 exhibits, including from the Moscow Tretyakov gallery, Russian Museum in St. Petersburg and private collections.

“Many of the works have never been exhibited in the UK”, — said the curator.

As a starting point, the organizers have chosen a major exhibition of 1932, in the Russian Museum, organized by the famous art critic Nikolai peninim, the civilian husband of Anna Akhmatova.

“Then were presented to a variety of art direction over the last 15 years. We decided to follow suit, first showing in the UK for such a wide range of works demonstrating how diverse, contrasting and unique was the post-revolutionary art,” said curator.

The exhibition is divided into thematic sections. “Welcoming leader” talks about how images of Vladimir Lenin and Joseph Stalin transformirovalsya in the art. Here you can see the famous portrait of the leader of the brush Isaak Brodsky “Lenin and demonstration”, model “Flame of revolution” by Vera Mukhina, a picture of the “Rebellion” of Clement Redko, “At the tomb of Lenin” Kuzma Petrov-Vodkin. Also in this section, “Portrait of Joseph Stalin” George Rublev, which, although not intended as satirical, but differed significantly from the official portraits of the leader. About to see that Stalin could not be considered, and it was kept in the workshop of his author until the death of Rublev.

“Man and machine” tells the story of heroes of the proletariat, the strength and commitment which put the party tasks, actively glorified in post-revolutionary art, and all-powerful machines helped in the implementation of these tasks. Among other works you can see the poster by Alexander Deineka “Machine Donbass”.

In the section “Bright future” describes the avant-garde artists, many of whom initially saw in the revolution an opportunity for artistic rebellion and the search for new expressive means, and then become official artists approved Narkomprosa and personally Anatoly Lunacharsky. A separate hall is dedicated to the work of Kazimir Malevich.

A series of posters of Vladimir Mayakovsky, “We are surrounded by enemies” looks particularly impressive at the exhibition in London, as talks about “the English bourgeoisie”, preying on the poor workers, who sooner or later will start a revolution.

A separate hall is dedicated to another artist Petrov-Vodkin, whose brush belongs portrait Punina.

In the section “the fate of the peasants”, which tells about the situation of rural residents, weary collectivization, Civil war, hunger and “the five”, are probably the most poignant works in the exhibition, including “Old-thrush” Boris Grigoriev.

In the section “Eternal Russia” collected “nostalgic” works whose authors either; remember remember pre-revolutionary Russia, or see in contemporary Russia the features of the former, partly of an imaginary country. The Central painting in this hall — the famous “Philosophers” by Mikhail Nesterov, it shows the “Russian Leonardo” Pavel Florensky and theologian Sergius Bulgakov.

A separate exhibition hall is reserved for model aircraft, created according to the designs of Vladimir Tatlin. The artist, convinced that art can and should have practical value, called the device “Letatlin”.

“New city, new society” — this section talks mainly about the period of the NEP, the emergence of a new “bourgeois” restaurants and commercials of the time.

The final part of the exhibition is called “Stalinist utopia” and tells the story of the grandiose projects of Stalin and the grim reality of his time. Among the exhibits — a three-minute video major sports parade in Moscow, owned by the British working theatre company Unity Films, a well-known socialist propaganda films.

At the end of the exhibition visitors are invited to stop by the pavilion in memory of the victims of the Stalinist regime: there’s a small dark room on the screen replace each other photos shot, exiled, tortured, maimed people. Among them are photo Punina, who died in the camp.