Wife of American actor George Clooney she was expecting twins

The couple is expecting the birth of their children in June. 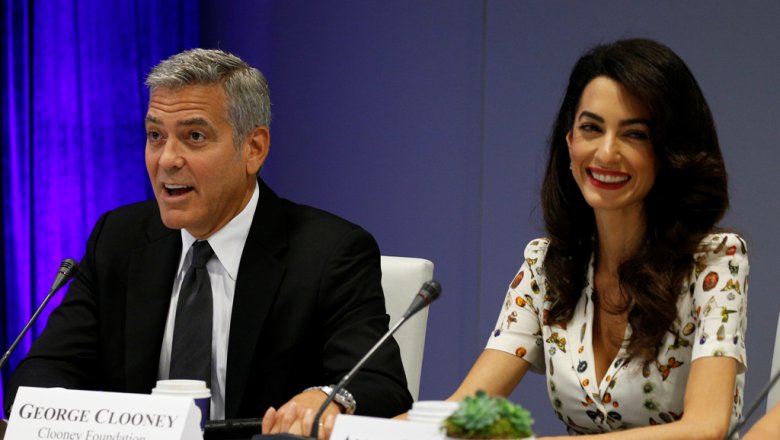 According to him, children will be born in June. George and Amal Clooney got married in Venice in September 2014. Earlier the couple had no children.

Clooney received the world popularity after starring in the TV series “er” (ER, 1994-2009). A major milestone in the career of the actor was the collaboration with Director Steven Soderbergh, with whom they created several paintings: “Out of sight” (Out of Sight, 1998), “ocean’s Eleven” (Ocean’s Eleven, 2001) and its sequels in 2004 and 2007, “Solyaris” (Solaris, 2002) and “the Good German” (The Good German, 2006). He is the recipient of a number of prestigious awards, including awards “Oscar” and “Golden globe”.

Amal Clooney by profession is a lawyer. She, in particular, represented the interests of the founder of WikiLeaks Julian Assange.

In addition, it is part of a group of human rights activists seeking international recognition of the Armenian genocide.