ANKARA, 10 Feb — RIA Novosti, Alain Palazhchenko. The Turkish General staff informed the Russian side about the stay of its troops in the area, which underwent an airstrike of Air and space forces (VKS) Russia, it is told in received RIA Novosti news Agency the statement of the Turkish military. 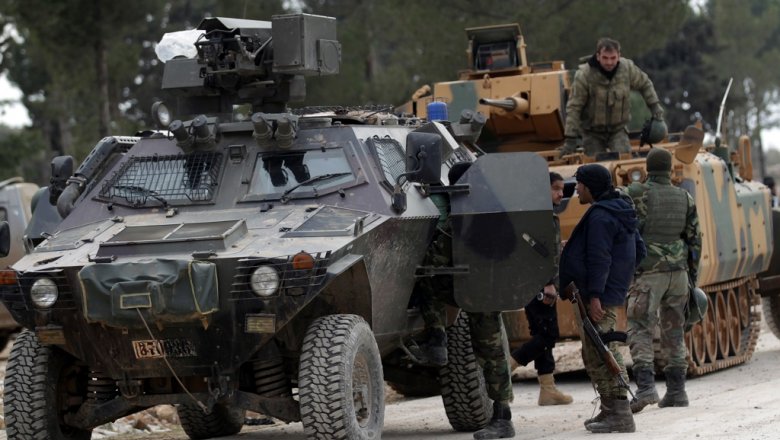 Earlier, the press Secretary of Russian President Dmitry Peskov explained that the Russian space forces in the strike in Syria was guided by the coordinates passed to Turkey, and there wasn’t supposed to be the Turkish military.

“We consider it necessary to clarify the situation in connection with the statement by Dmitry Peskov, in order to avoid erroneous interpretation. Our military that February 9 was attacked by the plane are one and the same point in the last ten days. February 8, the dislocation from the position located under the control of Russian Federation territory, was released on the rocket. On the same day in 23.11 coordinate of the location of our forces was again brought to the attention of responsible persons in the operations center in Hamima. At the same time Russian military attache in Ankara was invited to our General staff, where he was again transferred to the location of our military,” reads the statement of the Turkish Ministry.

On Thursday, the Turkish General staff announced the deaths of three and wounding of 11 Turkish soldiers in Northern Syria due to an inadvertent airstrike videoconferencing.

Peskov confirmed to RIA Novosti that Vladimir Putin has expressed condolences to Turkish President Recep Tayyip Erdogan in connection with the deaths of soldiers in Turkey due to unintentional impact videoconferencing from the Syrian city of al-Bab.

As reported by the defense Ministry, the heads of the General Staffs of Russia and Turkey have agreed on closer coordination of joint actions and exchange of information on Syria.