MOSCOW, February 9 — RIA Novosti. Scientists have named a new species of freshwater amoebae in honor of the wizard Gandalf from “the Lord of the rings” due to the extremely unusual shape of its shell like the hat of the hero of the trilogy of Tolkien, according to a paper published in the journal Acta-protozoologica is. 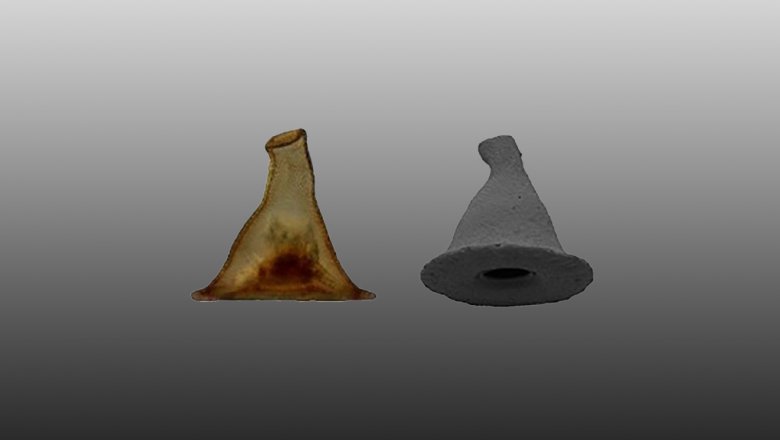 “It is not clear why this amoeba need this hat. It hardly protects it from predators, since this genus of amoebas actively hunt other single-celled creatures with larger sizes — usually shells protect the animals from predators of the same size. It is possible that this shell protects them from ultraviolet radiation or drying,” said Daniel Lahr (Lahr Daniel) from the University of são Paulo (Brazil).

Amoeba represent the simplest animals that possess a separate kernel and all other components of the cell, which is in our body. In the past they dominated the Earth’s ecosystems, but later they were expelled on the “sidelines of life” multicellular creatures.

The behavior and appearance of the amoeba, despite their unicellularity, very diverse — there are amoeba living inside a kind of shell, amoeba parasite, amoeba predators and even amoeba-“farmers” growing inside of beneficial bacteria and amoeba, developed a peculiar form of “collective intelligence”.

Lar and his colleagues added to their number another very unusual species of amoeba that lives in freshwater reservoirs of Brazil and named Arcella gandalfi. This name it received because of the unusual shape of its “shell,” similar to the slightly stubby cone, or the famous blue-the grey hat of Gandalf, the wizard from “the Lord of the rings” and “Hobbit”.

According to scientists, no other amoeba does not have a similar form and therefore it is easy to see in the waters of rivers or lakes, even if it looks a naturalist-Amateur or just not an expert in the biology of amoeba.

It happened at the opening of “Gandalf” — it tells Lahr, last year he was contacted Jordana Feres (Jordana Feres), a bio-ecologist, working as a consultant at one of the firms in the state of espírito Santo in Eastern Brazil. Studying water samples collected in the rivers of amapá and Rio de Janeiro, she found them a few hundred unusually large amoebae, which she caught and gave to Lara.

On opening several of these hats, Feres and Lar have confirmed that they managed to find a new species of amoebae, and they propose to make “gandalfo” symbol of the state of espírito Santo, since this amoeba is not found anywhere else in other parts of the world. Other amoebas with shells, is about two times smaller than Arcella gandalfi, and they are more similar in shape to flattened discs or balls.