The popularity turned out to be disadvantageous for troubled times

An international group of primatologia showed that a large number of social ties for females Capuchin is useful in good times but becomes a source of risk in troubled times — for example, during a change of group leader. The article was published in the journal Proceedings of the National Academy of Sciences. 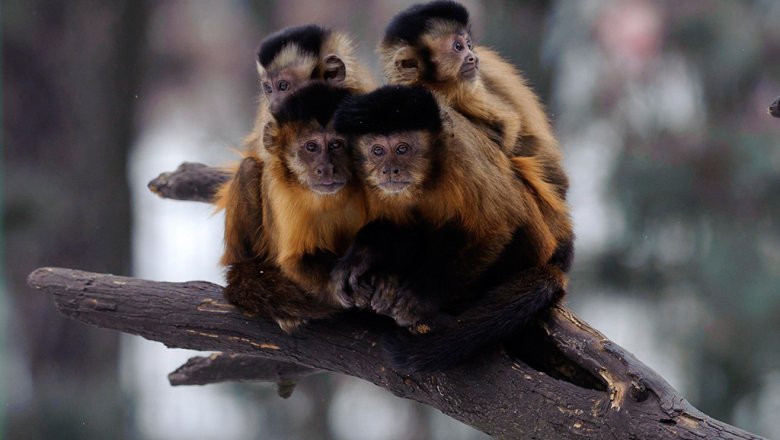 For example, many social species of primates have shown that the presence of a large number of social ties is beneficial for health and lifespan.

In particular, for baboons, it was shown that offspring of females with developed social ties is more likely to survive than the offspring of less social females.

However, such studies usually do not consider the impact of other social factors, in particular, “male infanticide” — widespread among social animals, the phenomenon in which males kill the cubs born to females from other fathers.

The authors of the article studied the influence of the social status of female and male infanticide on the survival of young ordinary Capuchin monkeys (Cebus capucinus) in Costa Rica. Capuchins live in large mixed groups in which males dominate females. Females in this philopatric (i.e. don’t go from one group to another) and highly social, and the males regularly, about every 4 years, migrate to the new group. Because of this, groups regularly there is a change of leader (the alpha male).

In previous studies it was shown that in such periods of change the leader, the infant mortality rate in the group greatly increased: the new alpha male in the process of establishing its rule, trying not only to sataminijet adults, but often kills the cubs of other males.

However, in troubled times, that is, the change leader, the situation is the reverse: the more sociable were the female, the greater was the likelihood that her cubs will die.

According to scientists, this is because young females sociable in quiet periods more protected and have access to more resources. Highly social females have a greater number of “friends” — both females and males, who can protect their offspring from the attacks of other males and predators. In addition, since female Capuchins often feed not only their own but other people’s young children sociable females more opportunities to obtain food.

However, at the change of the leader of a large number of social ties becomes dangerous. Sociable females occupy a Central position in the group both socially and in a physical sense: they spend most of their time in the centre of the group, not on the periphery. The same Central position and the alpha male, including the new leader of the group. When a new leader of the Central female usually spends a lot of time with him, establishing contact.

That’s what makes children sociable females are vulnerable during periods of regime change: the new male is in the process of establishing a government more likely to attack her cubs nearby, than calves less sociable females on the fringes of the group.

Recently primatologia showed that social status (and hence the number of social ties) in macaques affect their immunity, and this effect is reversible: when increasing the status of immune response that is suppressed at the low-ranking monkeys, back to normal.