Studies have shown that the deepest karst lake in Russia — Tserik-Kel, in Kabardino-Balkaria — is actually much deeper than previously thought. 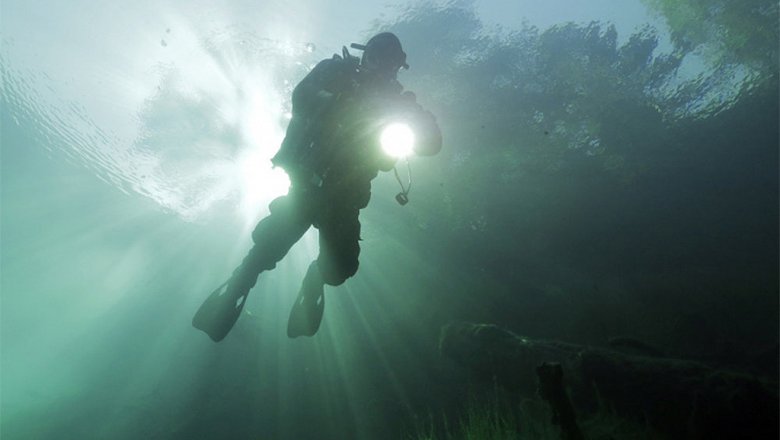 Expedition of the undersea research Centre of the Russian geographical society (RGS) presented the results of studying the unique natural monument — lake (the Lower lake) in Kabardino-Balkaria.

Importantly, the discovery that managed to make a scholar, the depth of the reservoir is equal to 258 m and 279 m.

Moreover, according to the researchers, this figure is not final, reports “Russian newspaper”.

“For the first time the lake Tserik-Kel-scale was studied in 1928, and later — in the early 80-ies of XX century. Here a brigade of Georgian scientists. However, this detailed research, which we carried to us here, no one did. For example, we found a niche, leaving in the direction of the mountain range, which has yet to explore,” — said Nikolay Maksimovich, Deputy Director on scientific work of the natural Science Institute of Perm state national research University.

In the autumn of last year in the emerald blue depths (the color of the lake due to the high content of hydrogen sulfide), the divers plunged about 400 times.

In the process of visual examination they were able to detect three previously unknown caves. On closer inspection one of them underwater robot “Marlin 350” and reached its lowest level. Thus it was possible to prove that Tserik-Kel deeper for another 21 PM

“The fact that the lake is “live”, the landscape of its bottom and side slopes is constantly changing. The depth that this time showed a robot — this is not the end result. If the research continues, it can increase still. Fully admit that Tserik-Kel is officially recognized as the deepest karst lake in the world,” said Executive Director of the Center for undersea research of the RGS Sergei Fokin.

In addition, the researchers PRO were able to confirm the source of “power” Tserik-Kel, which does not fall into any river.

By creating a 3D model based on the sonars, they found that the water for many years fought their way out of the ground.

Tserik-Kel lake (the Lower lake) is a unique monument of nature, located at an altitude of 809 m above sea level in the Kabardino-Balkar Republic. The lake is the second deepest freshwater reservoir in Russia after Baikal. Its precise depth could not identify even the world-famous Explorer Jacques-Yves Cousteau, who studied the Blue lake.