Russian astronomers have created a catalogue of almost a million galaxies

MOSCOW, February 9 — RIA Novosti. Scientists from Moscow state University and their foreign partners have created the first detailed astronomical catalog, which contains information on the properties of stars in about 800 thousands of distant and close galaxies, and published it in the Appendix to the Astrophysical Journal. 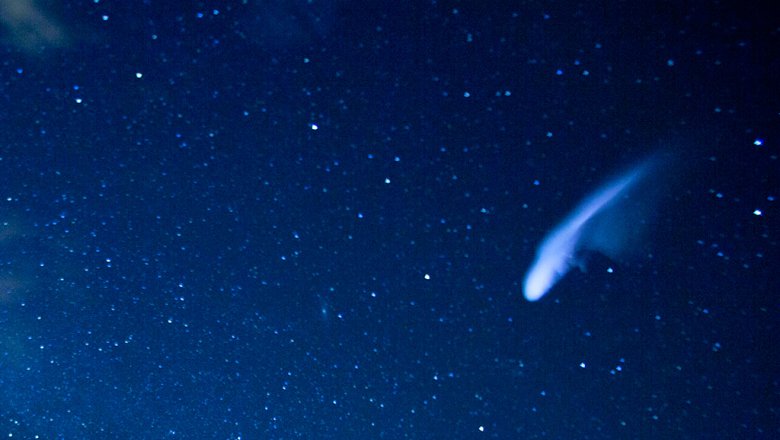 “For each galaxy we extracted from the existing related small picture which shows how the galaxy looks like in different wavelengths, and this gives us material for further research. A complete picture of the evolution of the Universe over the past 7 billion years can be seen in ten years, when they completed major reviews of DESI type, where it is planned to obtain spectra for 25-30 million objects,” said Igor Chilingaryan from the State astronomical Institute of Moscow state University.

Its study can give the chemical composition of the “star cities”, tell a lot about their “demographics”, the number of young and old stars, to indicate the presence of large black holes and uncover many other properties that can not be seen in other characteristics of their light.

Today, there are dozens of large catalogs of stars and galaxies, comprising hundreds of billions of stars and millions of galaxies, but not all of them, as noted Chilingaryan, contain complete and sufficient quality data on the spectrum of the stars. This significantly limits the ability of astronomers and forcing them to seek additional sources of information for studying the evolution of galaxies and individual star clusters.

Astronomers from MSU, their French counterparts and a number of enthusiast programmers have created your own directory RCSED (Reference Catalog of galaxy SEDs), devoid of this shortcoming.

The main feature of this directory is that each galaxy has a well-studied spectrum in all regions of electromagnetic radiation, ranging from infrared to deep ultraviolet

It tells Chilingaryan, this directory has helped to make him and his colleagues several new discoveries, including the find out that some dwarf galaxies are sometimes getting saved from a collision with its larger neighbor, “forcing” yourself of congestion as a result of interactions with other dwarf galaxies.

Unlike many other such projects, in the development of the RCSED was attended by a large number of volunteers not related to astronomy. Programmers working in big Russian IT companies has helped astrophysicists to develop a project website and search algorithms of information in the database RCSED and to process the original data so that the catalogue was composed of the highest quality and detailed observations.

At the moment Chilingaryan and his colleagues decided to stay at around 800 thousand galaxies, but in the future they do not exclude the possibility that the directory RCSED will be significantly expanded in the future.

This extension can occur as the breadth, by adding new galaxies located outside the zone of 3.5 billion light-years, and deeper, by increasing the amount of data for each object. Such growth of the catalog, as scientists believe, will help us learn a lot about the evolution of galaxies and the Universe as a whole.