Named the most decamiriade freshwater fish

The Amazonian catfishes of the genus brachyplatystoma were Champions among fish on the distance of freshwater migration. 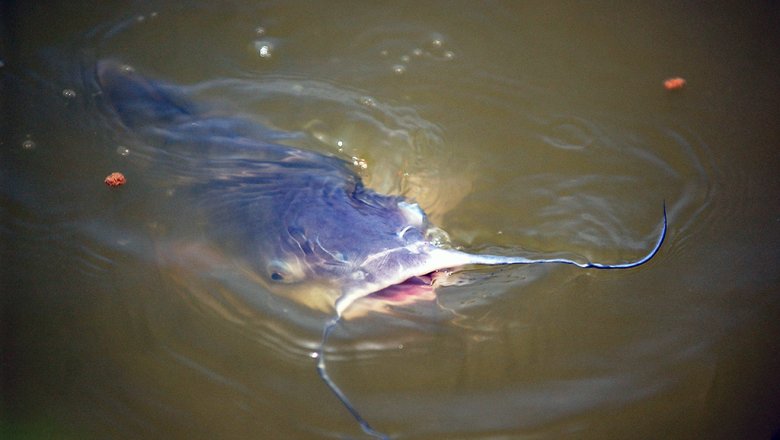 It turned out that for life, they float around 11.6 thousand kilometers. Article scientists published in the journal Scientific Reports.

In the South American Amazon river is inhabited by two large groups migrating fish haratsinovye (Characiformes) and catfishes (Siluriformes), which are brachyplatystoma.

Despite the fact that catfishes are an important part of local commercial fisheries, zoologists still poorly studied and documented the movement.

The overall mechanism of migration of most som looks about the same: first, adult fish moving upstream for spawning, and then their descendants passively drift or actively migrate downstream to the floodplains and river estuaries. There they continue to grow, then to go to spawn and continue the cycle of migration.

Since the length of the Amazon is slightly less than seven thousand kilometers, ichthyologists have long thought that brachyplatistoma can travel long distances (at least 1000 miles). However, researchers still have not studied the distribution of these fish in the river, which would confirm their assumptions.

The authors of the new work analyzed the migration of four species of catfish of the genus brachyplatystoma — Brachyplatystoma rousseauxii, B. platynemum, B. juruense, B. vaillantii. Based on data from scientific papers and surveys, which since the 1970s were held in the South American fish farms, ichthyologists have studied the distribution of fish of different age and size in several areas of the Amazon. They also examined fish caught in urban markets, interviewing local people and looking for fish larvae.

The analysis showed that the greatest distance between spawning areas and places where young fish continue to grow, is 5.8 thousand kilometers.

This distance is overcome catfish Brachyplatystoma rousseauxii, the size of which reaches 1.8 meters. Other types of brachyplatystoma, in turn, also doing a big way the Amazon — not less than 3.1 thousand kilometers (Brachyplatystoma vaillantii).

Thus, if we consider that the migration cycle involves a movement down the river, and then in the opposite direction, some catfish found in the Amazon, for their lives to overcome not less than 11.6 thousand kilometers.

The most widely studied phenomenon in fisheries is the migration of salmon. Studies show that the behavior of these fishes may depend on different factors. For example, recently scientists have found that the impact of tranquilizers on Atlantic salmon causes an acceleration of migration. This leads to the conclusion that the migratory behavior of fish is determined by their mental state.