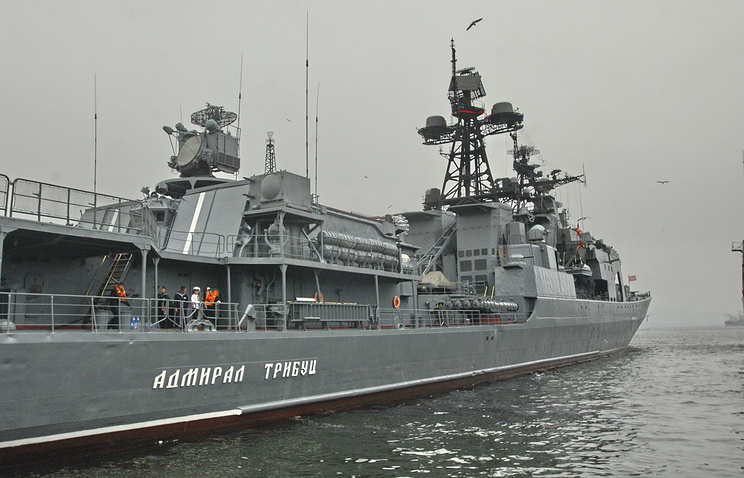 TOKYO, January 23. /Offset. TASS Alex Sarachev/. The detachment of Pacific fleet (TOF) the Russian Navy as part of the big anti-submarine ship “Admiral Tributs” and the big sea tanker “Boris booth” began on Monday to practice joint manoeuvres with ships of the Maritime self-defense force of Japan in the sea of Japan near the port of Maizuru. About it the correspondent of TASS in the Russian Embassy in Japan.

“The detachment had just left pier base Maizuru. Now begins the practice of communication and joint maneuvering. On the Japanese side in the exercise involved the helicopter carrier “Hyuga” and support vessel “Heute”, – have noted in diplomatic representative office.