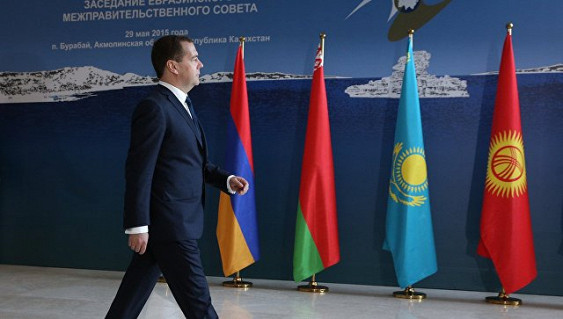 Prime Minister of Russia Dmitry Medvedev and his Armenian counterpart Karen Karapetyan on January 24 in Moscow to discuss integration of the two countries in the framework of the Eurasian economic Union (EEU), the press service of the Russian Cabinet of Ministers.

“The agenda – current issues in Russian-Armenian cooperation in economy, trade, energy, transport and humanitarian spheres, implementation of joint investment projects. During the conversation, special attention will be paid to the integration and cooperation between Russia and Armenia in the framework of the Eurasian economic Union,” the message reads.

It is noted that following the talks it is planned to sign a number of intergovernmental and interdepartmental documents aimed at strengthening of Russian-Armenian relations in various fields. As reports a press-service, Karapetyan will visit Moscow at the invitation of Medvedev.