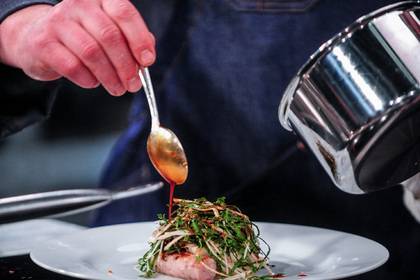 Under U.S. sanctions against Russian diplomats who are ordered to leave the country, was the chef of the Consulate General of Russia in San Francisco. It is stated on the Embassy page in Facebook.

As noted, the expelled Russians — the native of Yaroslavl. “This is a professional chef whose skill enjoyed by hundreds of guests of the Consulate for three years. He leaves with his wife and two year old son,” reads the message.

Consul General Sergey Petrov said TASS that all of the diplomatic missions sent 11 people — four employees and their families. “They have only one day to complete their Affairs and pack their belongings. They will fly to Russia on December 31 and celebrate New year on the plane,” — said the Consulate General.

December 29, U.S. authorities decided within 72 hours 35 to expel Russian diplomats, as well as close access to two objects used by them. The White house claim that this is the answer to the oppression of the staff of the American Embassy in Moscow.

The Russian foreign Ministry explained that the total number of Russians who must leave the United States, is 96 people. We are talking about diplomats and their family members.

President Vladimir Putin said he did not intend to answer to expel American diplomats. The US state Department has left this decision without comment. The US President-elect Donald trump called the decision of the Russian leader “a smart move”.