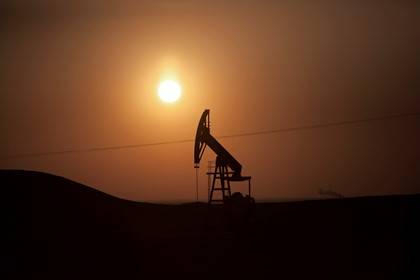 The portal, Al Masdar reported that the Russian air and space forces on Saturday, December 31, struck the route of oil supply, which uses the grouping “Islamic state”.

The route connects the Eastern part of the province of HOMS and raqqa province. Russian planes began to strike blows at 04:30 Moscow time and continued operation for six hours. Then, according to the portal, they headed West to the vicinity of Palmyra.

According to military sources, the attacks were the positions of the IG in rich hydrocarbon settlements Suhana and Arak (both located in the province of HOMS). The result was destroyed several vehicles that were required to be submitted in Raqqa.

“Russian space forces constantly monitors the oil route from Central Syria to ensure that militants are not able to transport resources in the Northern part of the country,” said Al Masdar.

The defense Ministry has not commented on information about the strikes.

Earlier in December, an agreement was reached on a truce in Syria. Army and seven armed groups agreed to observe a ceasefire throughout the territory of the Republic from midnight on 30 December. The guarantors of the truce are Russia and Turkey. The agreement excludes the terrorist organization ISIS and “Dzhabhat EN-Nusra” (both banned in Russia). Groups that refused to cease hostilities, will be transferred to the category of terrorist.