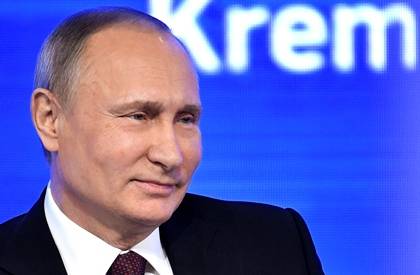 Polypropolene Vladimir Putin spoke about how to become a magician

The difficulties of the year rallied the Russian people and opened the reserves of the opportunities to move forward, said President of Russia Vladimir Putin. In the traditional new year address, which aired in the far East, he called 2016 a tough, reports TASS.

“It’s important we believe in ourselves, in our strength, in our country,” — said the head of state. “We work well and we succeeded”, he added, thanking all Russians “for the victories and achievements, for the understanding, trust, real, heartfelt concern about Russia.”

According to Putin, all the Russians “share common concerns and common joys, combines long-standing tradition to celebrate the New year with family, with hope for the best.”

The President also reminded the citizens of the country who do not sit at the festive table, because “ensuring the security of Russia, work in businesses and on duty in hospitals, are trains and planes”. “Anyone who is doing your labor and military duty, my best wishes in the coming year”, — said the Russian leader.

The head of state himself, according to his press Secretary, Dmitry Peskov, will meet New year at home with family and friends. Exactly where Putin will be celebrating, a Kremlin spokesman said.