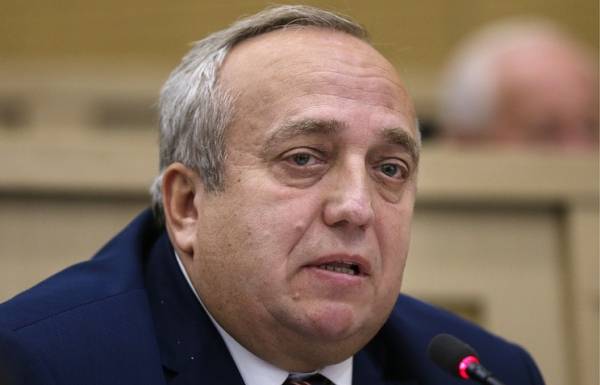 MOSCOW, December 31. /TASS/. The response of Russia, refused to go to the mirror and steps to expel American diplomats after the demarche of Washington, can be described as an act of power, aware of its power and correctness. This opinion was expressed by first Deputy Chairman of the Federation Council Committee on defense and security Frants Klintsevich, according to the website of the party “United Russia”.