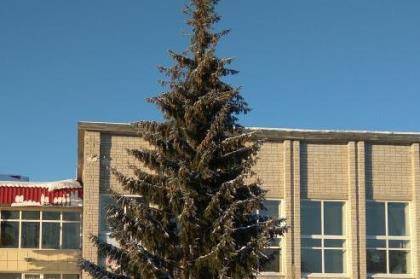 In the Tyumen region the pensioner, at which officials cut down a fir tree, the neighbors gave the new tree. It is reported VistaNews.

The tree under their Windows 86-year-old resident of the village of Yarkovo Anna Foltz found on the morning of Saturday, December 31. So the neighbors congratulated her on the upcoming holiday.

According to one of the locals, Foltz was very happy gift. The Christmas tree she put at home. The grandchildren presented the woman a toy for decoration.

Wood had retired, grew in her garden about 50 years. It cut down on 1 December and installed in the Central square of the village. The official who ordered it without asking permission Foltz, — the chief of Department of capital construction of administration of Yarkovsky district. After the scandal, he filed his resignation, and on December 12, was dismissed.