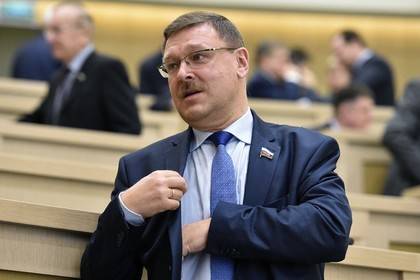 A delegation of three MEPs from Italy, Latvia and Estonia, as well as a group of members of the Federation Council of the Russian Federal Assembly, visited Syria, RIA Novosti reported citing the head of the Senate international Affairs Committee Konstantin Kosachev.

After a meeting with President Bashar al-Assad, the members of the delegation got acquainted with the work of the Russian Center for reconciliation at the airbase Hamim. Also they inspected the soldiers ‘ dining room, Museum seized from militants military equipment, the place of residence of military personnel.

The Federation Council hopes that the visit to Syria will allow European parliamentarians to objectively assess the situation in the country, said Kosachev.

The possibility of a trip to Syria of representatives of the European Parliament was announced in mid-December.

Thursday, 29 December, Russian President Vladimir Putin said the agreement on a cease-fire in Syria and the readiness of the leadership of the Republic and the armed opposition to open peace negotiations.